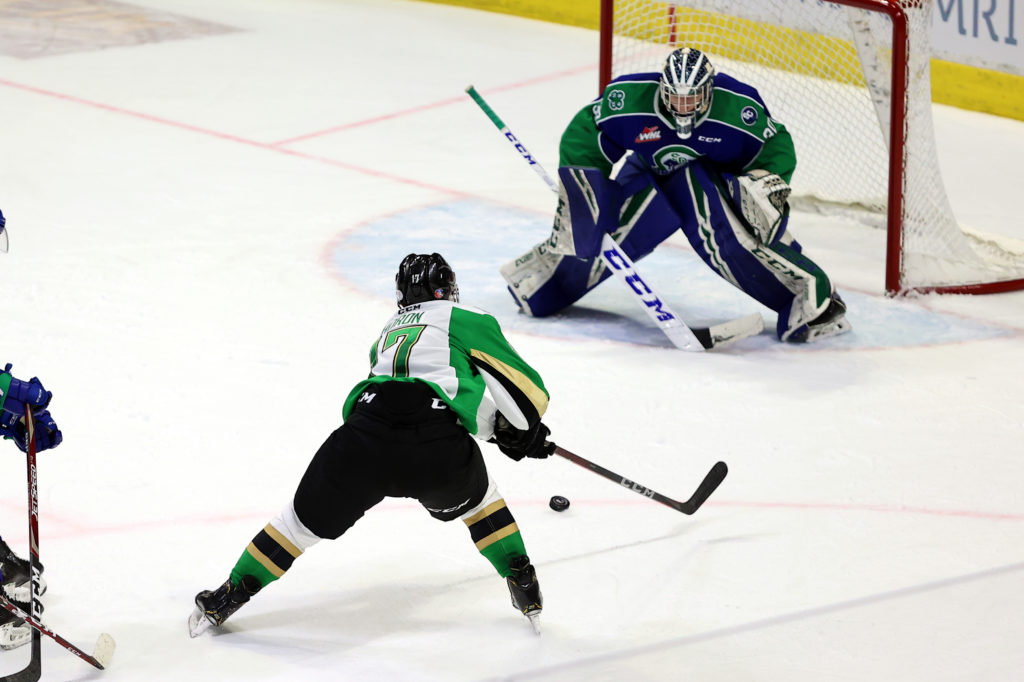 Sunday the Broncos were tied 2-2 with the Moose Jaw Warriors through 40 minutes of play until Cole Nagy broke the tie with his second goal of the game. Nagy’s fifth of the year put Swift Current ahead with 8:31 to play.

The Warriors made a furious push late, but Swift Current held them back before Nagy completed his hat trick into an empty net, sealing a 4-2 win for the Broncos. It was the first time this season the Broncos had won back-to-back games following their 4-2 win over Regina on Thursday.

The Raiders were last in action on Monday when they carried a 3-1 lead into the second intermission against the Winnipeg ICE. Winnipeg scored twice in 1:20 to pull even and Karter Prosofsky’s first WHL goal stood up as the difference as the ICE completed the comeback with the 4-3 win.

The loss was the second in a row for the Raiders, and in both games they held a lead in the third period.

A win for Swift Current would not only end the season on a three-game winning streak, but also split the season series with the Raiders. The Broncos won the first meeting on March 22, but Prince Albert has taken the most recent two.

Watch Wednesday’s game at watch.chl.ca or catch the action on Living Sky Casino Broncos Hockey on The Eagle 94.1 with the pre-game show starting at 7:30.