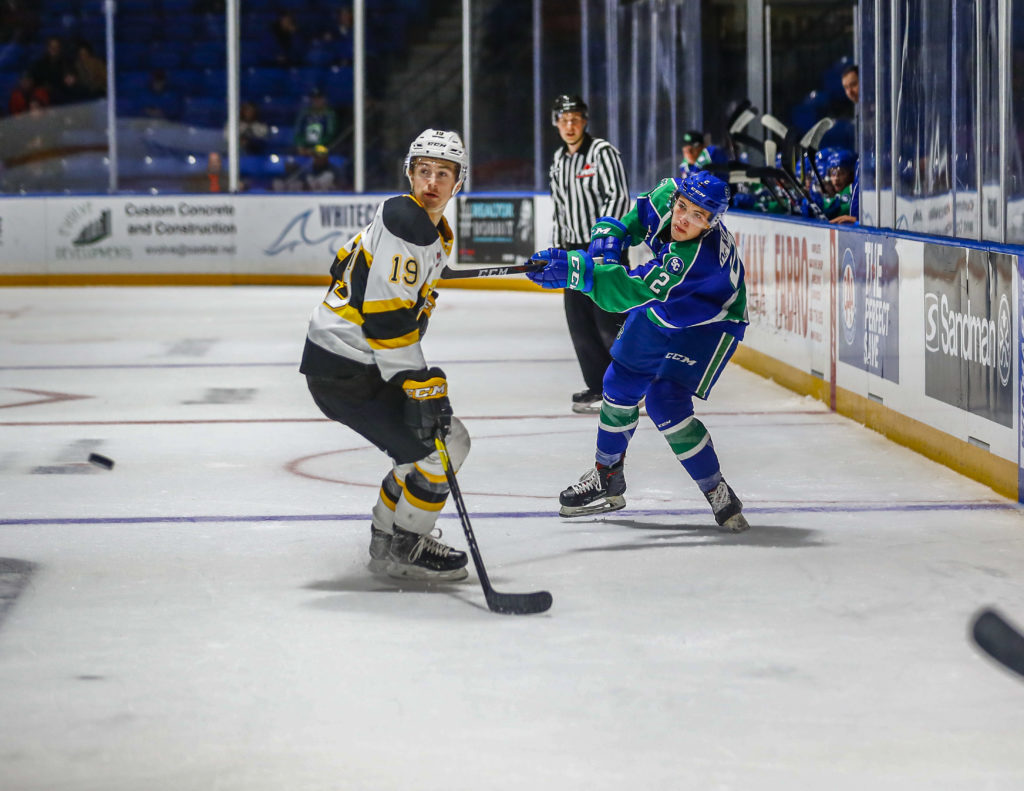 BRANDON, MB – The Swift Current Broncos (6-15-1-2) are back in Manitoba for their second visit this season, hoping for a smoother trip than last time when they were shutout in both games. The trip begins Tuesday night against the Brandon Wheat Kings (12-15-1-0).

Saturday the Broncos wrapped up a home-and-home set with the Prince Albert Raiders, once again falling by a 4-1 score. Sergei Alkhimov scored the lone goal which cut the Raiders lead to 2-1 at the time, and was the Teddy Bear Toss goal.

Isaac Poulter had another stellar performance with 40 saves in the loss, the ninth time in 17 starts he’s faced 40 or more shots.

The Wheat Kings also had a home-and-home this weekend, winning at home before dropping a 6-5 decision in Winnipeg.

Friday, Brandon scored three times in the second and three times in the third to pick up a 7-4 win. Cole Reinhardt led the way offensively, scoring a hat trick and adding two assists. Monday he was announced as the WHL’s On The Run player of the week.

Saturday the Wheat Kings led 4-23after the second period before the ICE scored twice in four minutes to take the lead. After Brandon tied the game, Jakin Smallwood scored the game winner with 7:48 remaining in regulation. Winnipeg outshot Brandon 51-28.

The Broncos made their first trip to Manitoba at the beginning of November, but it didn’t go well as they were shutout 5-0 in Brandon and 4-0 in Winnipeg.