Preview: Broncos head to Lethbridge for first of seven meetings 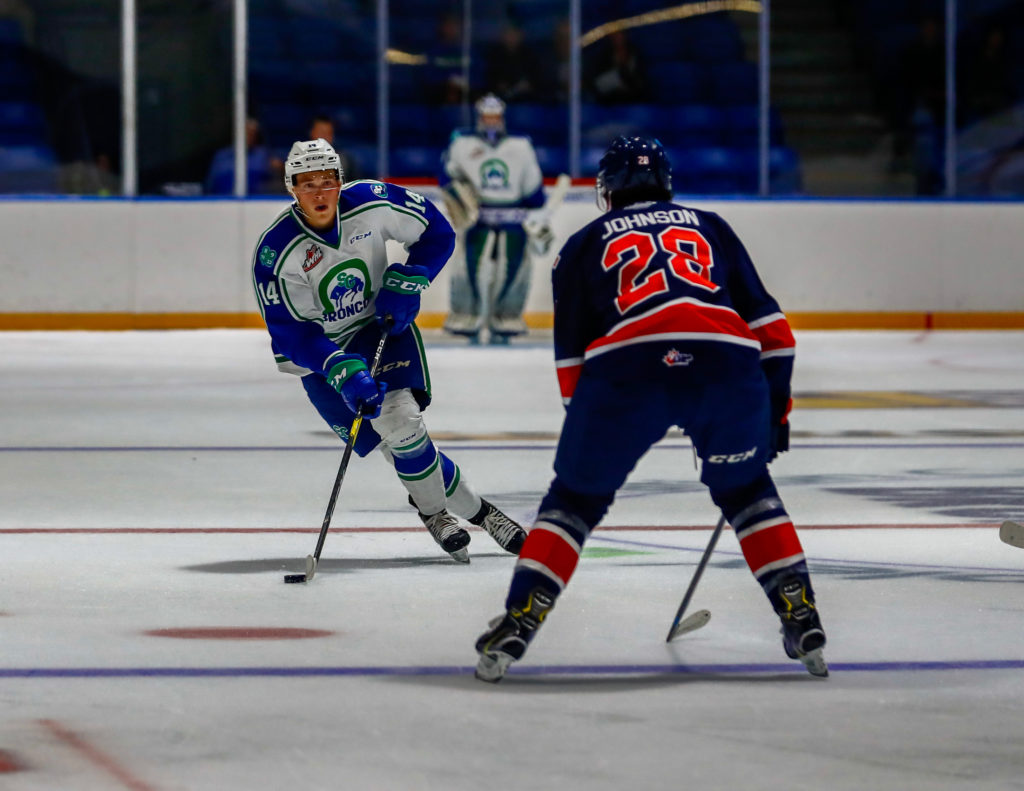 SWIFT CURRENT, SK – The Swift Current Broncos (3-9-1-2) are hoping they left their goal-scoring woes in Manitoba as they head West to play the Lethbridge Hurricanes (11-4-0-3) Wednesday night in the first of seven meetings on the season.

Saturday the Broncos finished a two-game road trip to Manitoba and were blanked 4-0 by the Winnipeg ICE. Winnipeg opened up the scoring in the first period before adding two more in the second and one with under three minutes to play to hand the Broncos their third straight loss.

It was a frustrating trip out East for Swift Current as they were shutout in both games after a 5-0 loss in Brandon. All told, Saturday was the fifth time in 15 games this season the Broncos have been shutout.

Swift Current will be looking to build off the success they had in the preseason against the Hurricanes as they swept them in a home-and-home set to finish off the pre-season schedule. Though the Hurricanes were without two of their top players for those games, NHL drafted prospects Dylan Cozens and Calen Addison.

Lethbridge’s big guns were out in full force over the weekend, also in Manitoba, as they swept their two games in Winnipeg and Brandon. Oliver Okuliar, drafted by the Hurricanes in the Import Draft after being released by his QMJHL team, had hat tricks in both games this weekend to bump his total to 15 in just 18 games so far this season.

Cozens put up seven points of his own over those two wins, 8-2 in Winnipeg and 5-1 in Brandon, to push his season total to 25 points in 16 games since being returned by the Buffalo Sabres. He has been held pointless in just two games this season. As of Monday, Cozens and Okuliar sit second and third in WHL scoring respectively.

Moving into the Central Division, the Broncos will play the Hurricanes seven times this season with three of those games coming on home ice.