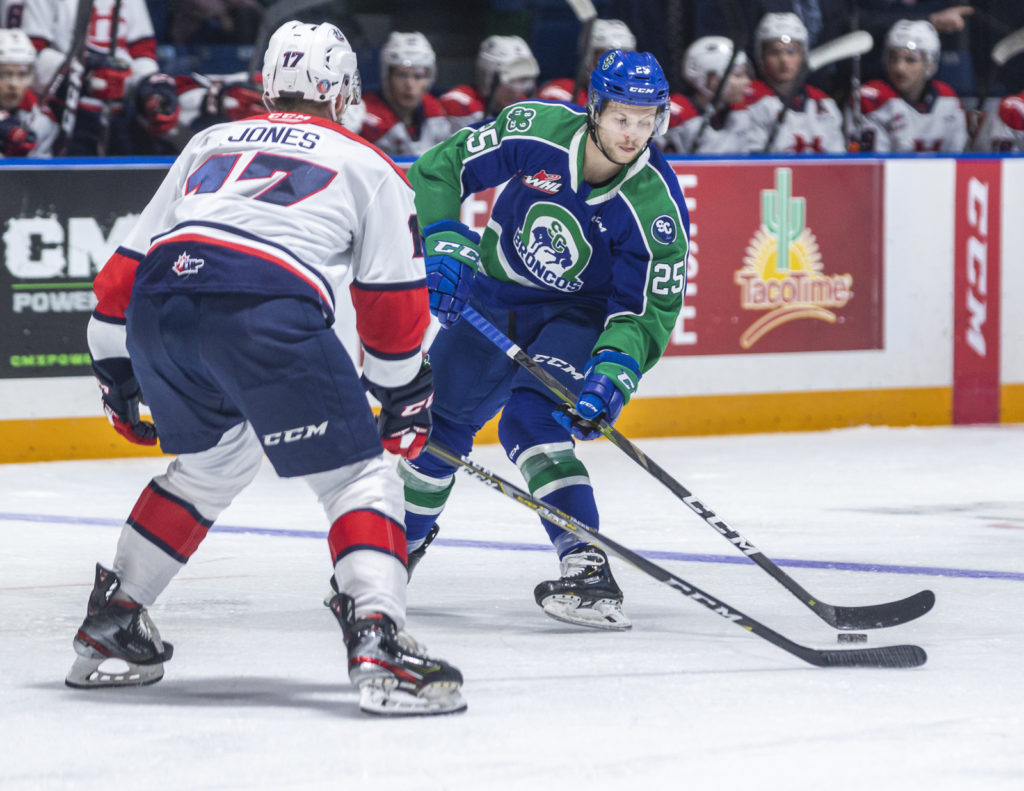 SWIFT CURRENT, SK – The Swift Current Broncos (6-18-1-2) have one more chance to get a win at home before Christmas as they welcome the Lethbridge Hurricanes (17-9-0-4) to the Innovation Credit Union iPlex Saturday night.

Friday the Broncos found themselves down 3-0 after one period against the Everett Silvertips, a mountain too big to climb.

Jaxan Kaluski scored in the third period, his fourth goal and ninth point in 12 games since joining the Broncos, but the Silvertips answered back a few minutes later to take the win.

The Broncos got better after the first period, but the deficit was too much for them to fight back from.

The Lethbridge Hurricanes hosted the Medicine Hat Tigers Friday night. They have three players on their roster who are vying for spots on their respective World Junior teams, as Dylan Cozens and Calen Addison hope to player for team Canada while Oliver Okuliar will suit up for Team Slovakia.

The Broncos have seen the Hurricanes twice so far this season, once on the road and once at home. In Lethbridge, Matthew Culling scored the lone goal as the Broncos dropped a 4-1 game. On home ice, the Hurricanes scored early in each period, including just 43 seconds into the first, and cruised to a 6-2 win.

Fans are encouraged to wear ugly sweaters for Saturday’s game as prizes will be randomly handed out to those wearing ugly sweaters.