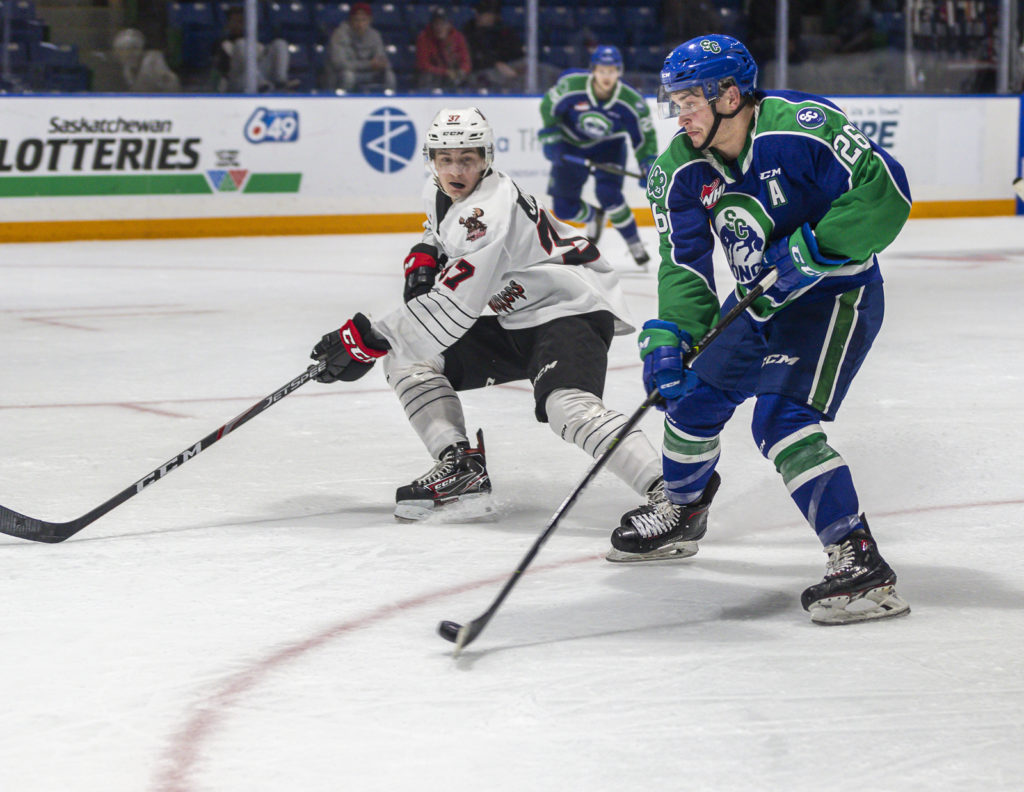 SWIFT CURRENT, SK – The Swift Current Broncos (9-30-1-3) are hoping an old rivalry will spark them to victory as they host the Moose Jaw Warriors (11-28-2-0) Friday night to begin a weekend series against their long-standing rivals.

Wednesday the Broncos held a 2-0 lead against the Eastern Conference-leading Edmonton Oil Kings early in the second period, but the Oil Kings came storming back with four unanswered goals en route to a 5-3 final.

Sam McGinley with his second and Eric Houk with his third put the Broncos ahead 2-0, but Edmonton threw 22 pucks on Isaiah DiLaura over the course of the second period to pull even heading into the third.

The Oil Kings took the lead just 20 seconds into the third and added another five minutes later, before Jaxan Kaluski pulled the Broncos to within one with just over eight minutes to go.

Edmonton added an empty netter to seal the victory, outshooting the Broncos 62-24 as DiLaura was named the game’s first start with 57 saves.

The Moose Jaw Warriors are in a similar position to the Broncos as they traded two of their top players at the trade deadline to build for the future.

Gone is Anaheim Ducks first-rounder Brayden Tracey and number one goaltender Adam Evanoff as the Warriors turned their focus to youth and draft picks. Their new goaltending tandem is Boston Bilous, formerly of the Prince Albert Raiders, and Brock Gould, acquired in the Tracey/Evanoff blockbuster.

Moose Jaw still features the ever-dangerous Ryder Korczak who has blossomed in his second season in the WHL, combined with a bigger role with the Warriors, posting 45 points in 41 games this season.

Friday’s meeting is somewhat of a something’s-gotta-give matchup, as both teams enter the game having lost their last seven games.