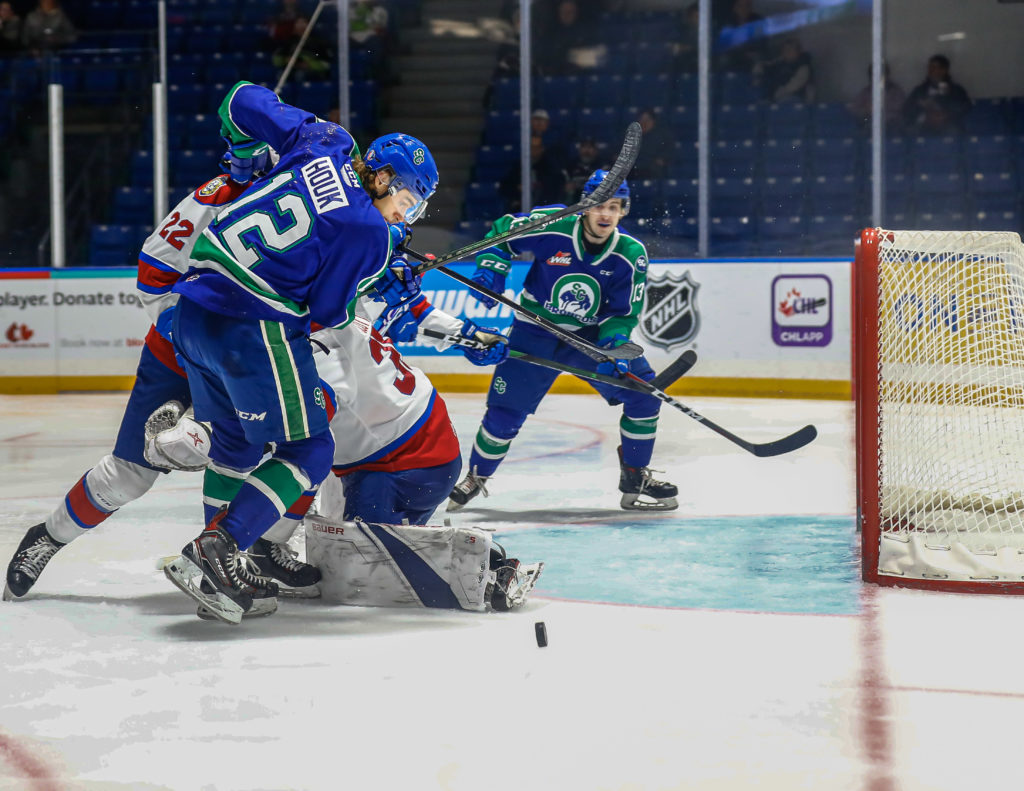 SWIFT CURRENT, SK – The Swift Current Broncos (9-29-1-3) are looking to end a five-game losing streak as they welcome the Edmonton Oil Kings (30-7-6-3) to the Innovation Credit Union iPlex Wednesday night.

The Broncos dropped a 7-2 game on Saturday to the Saskatoon Blades. After falling behind 2-0 after the first period, Cole Nagy pulled the Broncos to within one early in the second period with his fourth of the season.

The Blades responded with two goals in two minutes late in the period before Aiden Bulych scored his 10th of the season 30 seconds later to get the Broncos within two through 40 minutes.

Saskatoon scored a power-play goal just 17 seconds into the third period and would add two more to take the game 7-2.

The Oil Kings were in action Sunday afternoon, hosting the Medicine Hat Tigers to Rogers Place. Down 2-1 late in the second, Riley Sawchuk pulled the game even with 30 seconds left in the period.

Sawchuck then scored twice in the third period, completing the natural hat trick in a 4-2 Oil Kings win.

Beck Warm got the start in net for Edmonton, his fourth since being acquired from the Tri-City Americans. The 20-year-old goaltender is 3-0-0-1 with his new team, posting a .908 save percentage and 2.45 goals against average.

Swift Current will be looking for a better result than the last time they saw Edmonton; the two teams played a double header at Rogers Place before the Christmas break, with the Oil Kings winning 3-1 and 5-1.

The Broncos do have a victory against Edmonton this season as Connor Horning scored in overtime to give the Broncos a 3-2 win on October 2.