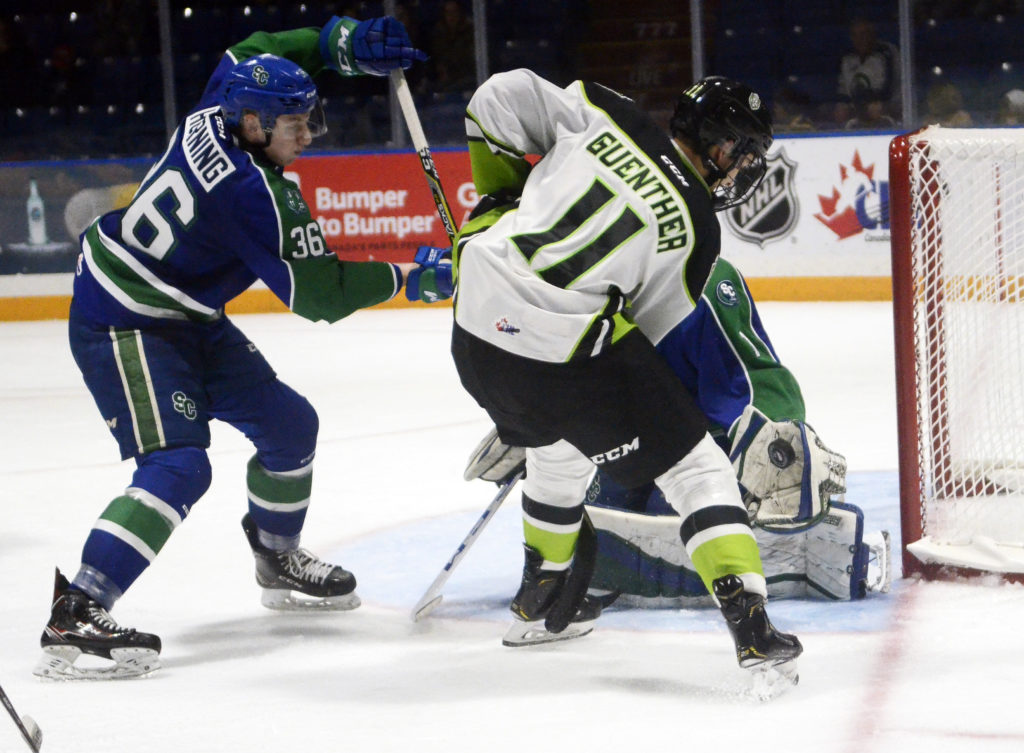 Swift Current, SK – The Swift Current Broncos (1-2-0-0) look to put Saturday’s big loss to the Medicine Hat Tigers behind them when they host the Edmonton Oil Kings (2-1-1-0) to the Innovation Credit Union iPlex Wednesday night.

Saturday the Broncos were shelled 10-1 at the Canalta Centre. The Tigers scored three goals in the first, six in the second and another in the third period. Tyler Smithies scored the lone goal for the Broncos in the third.

Jordan Fairlie allowed nine goals on 30 shots before being lifted for Isaac Poulter in the third, who turned aside 10 of 11 shots.

The Oil Kings were in action Sunday afternoon when they hosted the Lethbridge Hurricanes. Buffalo Sabres first-round pick Dylan Cozens was playing his second game after returning from Sabres camp, and scored two goals while adding two assists in a 5-2 Lethbridge win.

Edmonton is led offensively so far this season by newly-acquired forward Riley Sawchuk. He was acquired from the Tri City Americans during the offseason and has gotten off to a hot start with three goals and three assists in four games.

The Oil Kings have a bevy of talent on their roster with eight former first round picks. The highest of those picks is Dylan Guenther who was the first overall pick in the 2018 WHL Bantam Draft.

Last season the Broncos had success against the Oil Kings at home while struggling on the road. In two games at the iPlex, the Broncos won 4-3 in overtime November 3 and 3-2 November 23. Poulter was the winning goalie for the Broncos in both games.

The two games in Edmonton were a different story, as the Broncos lost 5-0 September 28 before an 11-1 drubbing February 26.