Preview: Broncos host Pats for 57’s Night at the iPlex 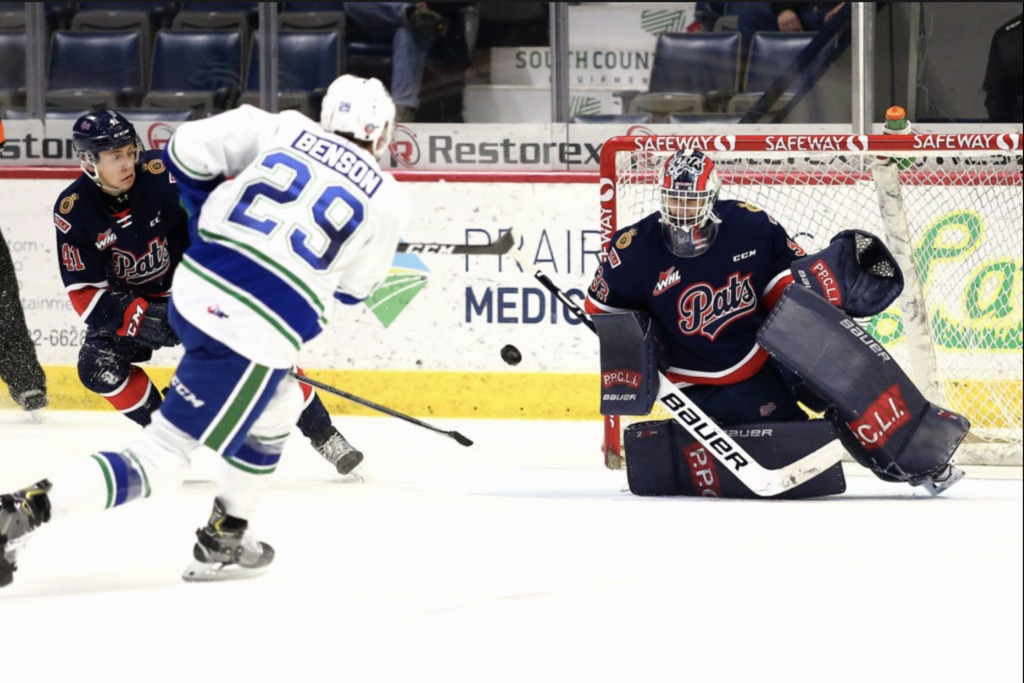 SWIFT CURRENT, SK – The Swift Current Broncos (5-12-1-2) had their short two-game winning streak snapped after a 6-2 loss to the Lethbridge Hurricanes Wednesday night. The Broncos will hope to take down the Regina Pats (3-14-2-0) for the second time this week as they welcome them to the iPlex for Swift Current 57’s night.

The Hurricanes controlled play right from puck drop, outshooting the Broncos 52-17 over the 60 minutes and taking a 1-0 lead just 43 seconds in. Lethbridge never looked back, sending 17 shots on net in the first period alone.

After Lethbridge scored twice just over a minute apart, Ethan Regnier got the Broncos on the board by intercepting a pass from Dylan Cozens and scoring on a clear-cut breakaway. It was Regnier’s third straight game with a goal.

Lethbridge quickly responded to restore their three-goal lead and would tack on two more in the third before Aiden Bulych scored with 13 seconds left to make the final score 6-2.

The Pats were also in action Wednesday night as they hosted the Calgary Hitmen at the Brandt Centre, losing 4-2. Regina led 1-0 and 2-1 in the game, but Calgary scored on the power play and then shorthanded a minute apart in the third to take the lead for good.

The Broncos and Pats saw each other earlier this week when Isaac Poulter turned aside 48 shots in a 2-1 Broncos win.

Swift Current will be wearing co-branded jerseys to honour the Swift Current 57’s tonight, which can be bid on here: https://auction.chl.ca/iSynApp/allAuction.action?sid=1100241&sort=bidcount_desc&rc=20&pgmode1=broncos&pgmode2=profile&pgmode3=&pgcust3=teamName

Limited-edition merchandise will also be available in The Stable during tonight’s game only.