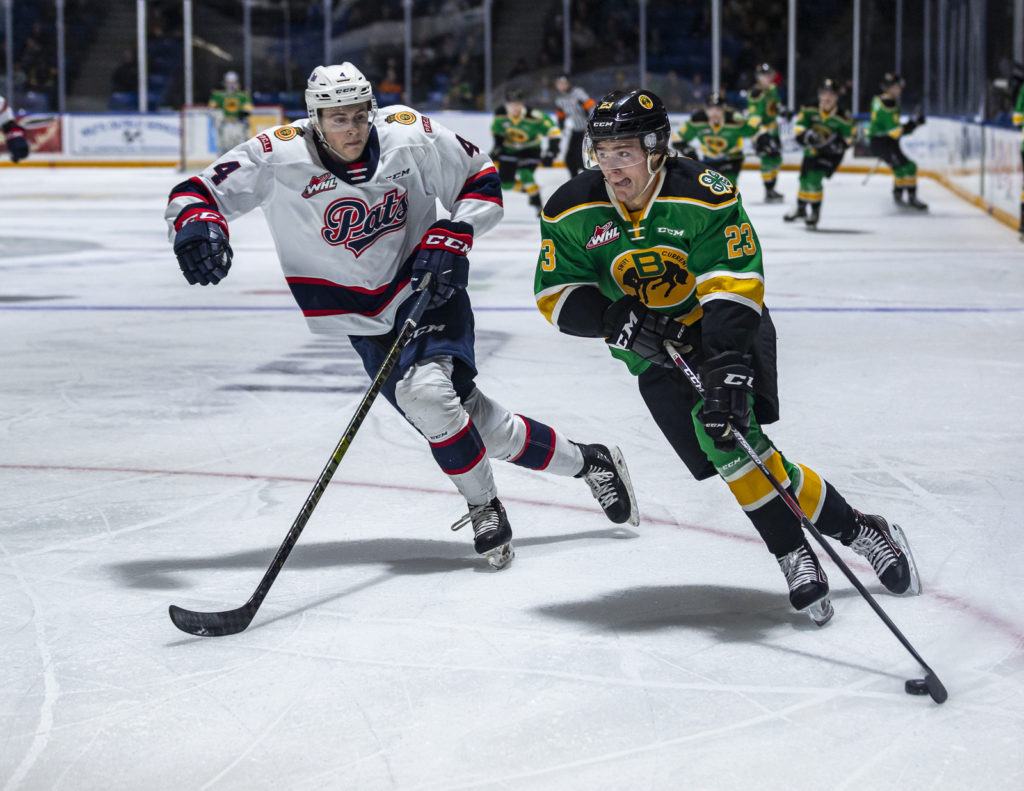 SWIFT CURRENT, SK – The Swift Current Broncos (10-34-1-3) are hoping a weekend set with the Regina Pats (16-26-3-2) will help them get back on track as they’ve taken three of four games against Regina this season. It won’t be easy however as the Pats enter the weekend having won three straight, all of them in overtime or a shootout.

Saturday the Broncos had the Prince Albert Raiders in town, dropping a 4-1 game on home ice. Matej Toman scored the lone goal, his first as a Bronco, but special teams were the deciding factor in the game as the Broncos finished 0-for-7 on the power play, while the Raiders went 2-for-3.

Isaac Poulter turned aside 29 shots in the Broncos net, now putting him at 1,266 saves this season. That number, along with the 1,395 overall shots he’s faced, are tops in the Western Hockey League despite being seventh in minutes played.

The Pats have been surging as of late, winning their last three games and posting an 8-8-0-1 record since the Christmas break. Gone is long-time goaltender Max Paddock, shipped to the Prince Albert Raiders in a trade deadline blockbuster which saw the Pats receive 2002-born forward Jakob Brook and two draft picks in return. Brook has not played with Regina since the trade.

This weekend will be the final time the Broncos and Pats see each other this season as the Broncos look for the season-series win. The last time these teams saw each other was in early January when the Broncos won 7-5 on home ice before a 5-4 shootout win in Regina the very next night.