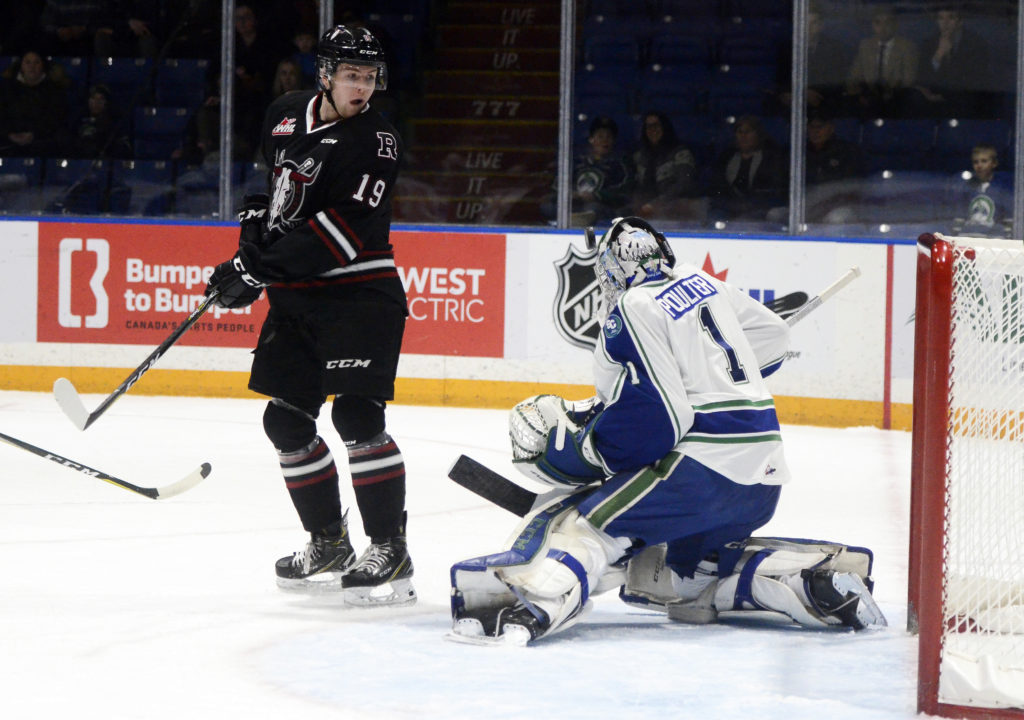 Swift Current, SK – The Swift Current Broncos (2-2-0-0) picked up their second overtime win of the season, 4-3 over the Edmonton Oil Kings, Wednesday night thanks to Connor Horning. They look for back-to-back wins tonight when the Red Deer Rebels (2-3-0-0) arrive at the Innovation Credit Union iPlex.

Wednesday, Horning’s goal snapped a short two-game losing streak for Swift Current. Ben King and Joona Kiviniemi scored in the first period to put the Broncos up 2-0, but Vladimir Alistrov answered back before the period was up.

Early in the second, Carter Souch scored the first of his two goals to tie the game. The score only stayed 2-2 for a few minutes before Brecon Wood showed great patience in front of the net, taking a pass and out waiting Todd Scott before sliding the puck into an open net.

Souch took advantage of a turnover by the Broncos in their own zone to tie the game up once again, where it would remain until overtime.

Horning gathered the puck in the neutral zone and skated right down the middle into the Oil Kings end. He faked pulling the puck to his backhand before pulling it to his forehand and letting a hard, low wrist shot go that beat Scott on the blocker side, ending the game.

Red Deer was in action Tuesday night as they hosted, and defeated, the Saskatoon Blades. Up 2-1 late in the third period, the Rebels held on for the win after the Blades had two goals waved off in the final five minutes. Ethan Anders turned in a 34-save performance for the win, while Arshdeep Bains and Ethan Sakowich provided the offence.

Last season the Rebels swept the four-game season series against the Broncos, though both games in Swift Current were 3-2 finishes, one of them in overtime.

Tonight is the second of a four-game home stand for the Broncos, and after it’s finished next weekend they will play 10 of their next 11 games on the road.