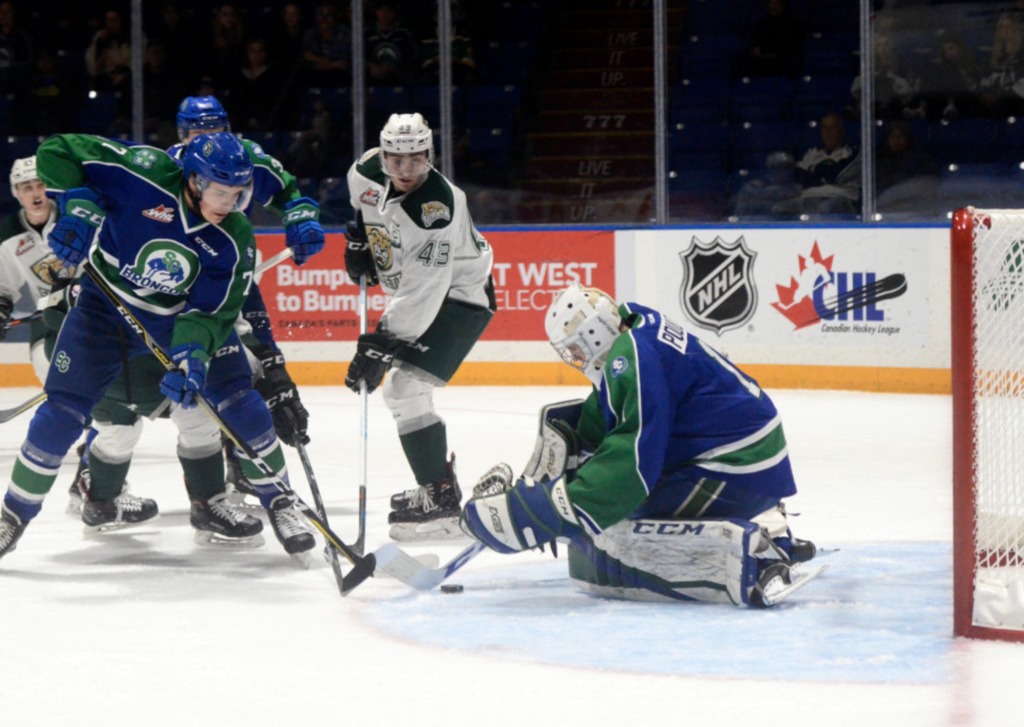 SWIFT CURRENT, SK – The Swift Current Broncos (6-17-1-2) are hoping a return to home ice will help them get back on track and snap a four-game losing skid, but it won’t be an easy task as they host the Everett Silvertips (18-6-1-0) Friday night.

Wednesday the Broncos were tied 2-2 after 40 minutes against the Winnipeg ICE, but an early power-play goal against in the third period proved to be the difference as the Broncos dropped a 4-2 game.

Raphael Pelletier and Hayden Ostir scored for the Broncos while Isaac Poulter turned aside 32 shots in the loss. For Pelletier, it was his second goal of the season and third point in his last four games.

It was the second straight game in which the third period was the x factor for the Broncos, though not to the extreme that it was in Brandon on Tuesday.

The Silvertips are making their way through the Central Division and begin their trip with a 3-1 win in Lethbridge last night.

The Broncos should expect to see backup goaltender Keegan Karki in net after Dustin Wolf started in Lethbridge and the Silvertips take on the nationally-ranked Medicine Hat Tigers on Saturday. Karki has appeared in just seven games so far this season, though he is 4-0-0-1.

Last season the Silvertips won the lone matchup of the year 4-1 at the Innovation Credit Union iPlex. Tanner Nagel scored the Broncos only goal while Poulter was named the game’s second star with 37 saves.