Preview: Broncos host Winterhawks to iPlex in lone meeting of the season 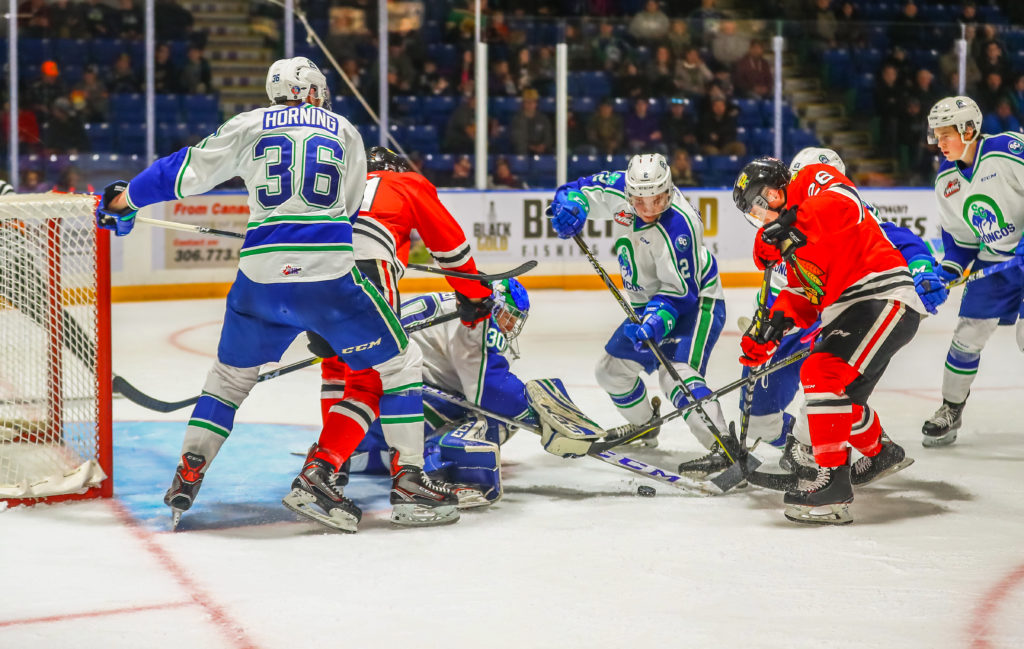 Swift Current, SK – The Swift Current Broncos (2-3-0-0) welcome the Portland Winterhawks (3-3-0-0) to the Innovation Credit Union iPlex Wednesday night, with both teams looking to bounce back from losses in their last game.

Friday the Broncos hosted the Red Deer Rebels and dropped a 5-1 decision, though the score may not have accurately reflected the game. Trailing 1-0 after one, the Broncos could have carried a 3-1 lead into the intermission if not for a pair of goal posts and highway robbery by Ethan Anders on Kye Buchanan.

Connor Horning eventually tied the game in the second period with his second goal in as many games, but the Rebels quickly regained their lead. Isaac Poulter made an old-school pad-stack glove save in the final minute of the period, while shorthanded 4-on-3, to keep it a one-goal game through 40 minutes.

Red Deer extended their lead to 3-1 nearly nine minute into the third before hitting the empty net and adding another goal with just over a minute left to take the game 5-1. Both teams finished 0-for-5 on the power play.

Portland is making their way through the Central Division, and hasn’t much success so far. They are 0-3 so far on this six-game road trip and have scored two goals in all three games, 4-2 in Lethbridge on Friday, 5-2 in Calgary on Sunday and last night they dropped a 4-2 game to the Medicine Hat Tigers.

The Winterhawks were ahead 2-1 heading into the third period before the Tigers scored two goals in four seconds to take the lead. After the first goal, the Tigers won the face off and defenceman Daniel Baker picked up the puck on the red line.

He wound up like he was going to dump the puck around the boards, but Portland goalie Isaih Dilaura cheated out of his crease to stop the dump in, so Baker fired it right at the net and beat Dilaura on the glove side.

After winning their first three games, Portland has now dropped three straight and has three more to go on this road trip. They’ll be in Red Deer Friday and Edmonton Sunday before they return to Oregon.

Tonight is the third of a four-game home stand for the Broncos before they begin a stretch of 10 of their next 11 on the road. Swift Current hosts Winnipeg on Saturday to round out the home stand, then will load the bus and leave Sunday morning on the British Columbia road swing.