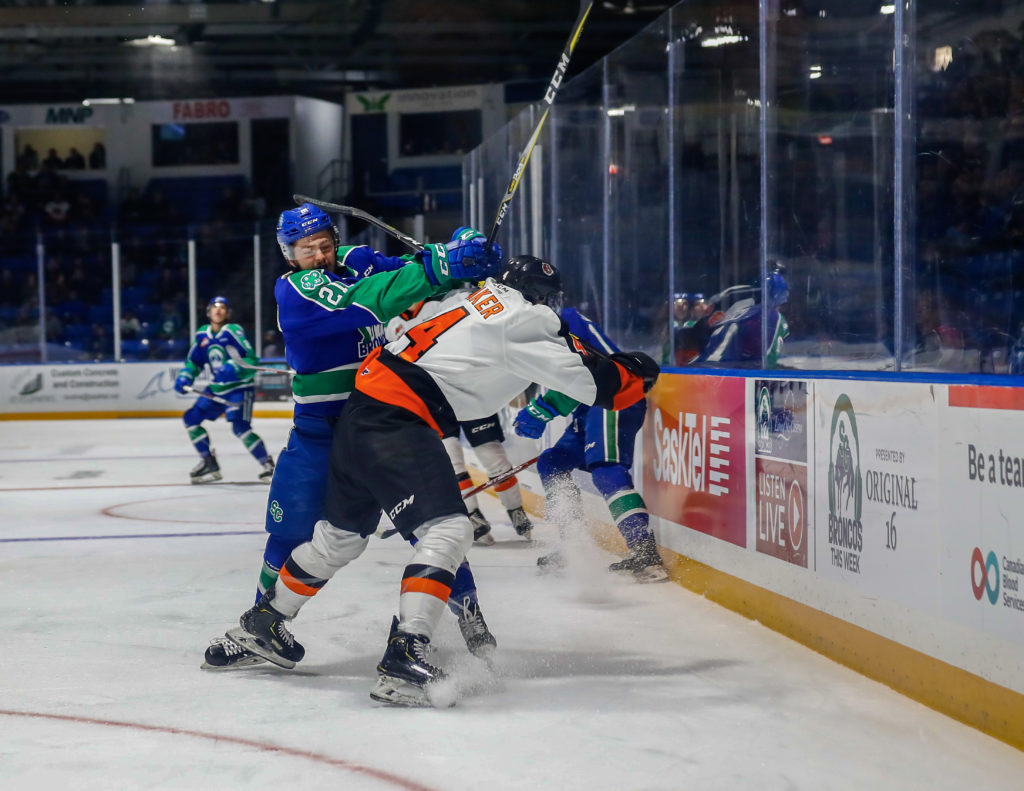 Friday, the game remained scoreless until the third period when Tyler Preziuso was able to poke the puck over a downed Isaac Poulter 2:34 into the final frame. On the shift before, Poulter came up with two huge saves off a turnover behind the net.

Swift Current had a power-play opportunity a few minutes after the opening goal, but had a difficult time gaining the Tigers line to create any offensive chances. After outshooting the Tigers 13-7 in the second period, Medicine Hat came alive and outshot the Broncos 25-5 in the final 20 minutes.

Any hopes of a third-period comeback were dashed when Bryan Lockner scored on a power play while streaking down the right wing with five minutes remaining in regulation. The Broncos took another penalty shortly after to seal their fate, as Mads Søgaard turned aside all 25 shots he faced to record his fourth career shutout.

The Broncos now take to the road for the first time in the regular season. They play six of their first seven games at home, before a 10-of-11 stretch on the road. The Canalta Centre opened for the 2015-16 season, and the Broncos are 3-3-1-1 all time in the building.