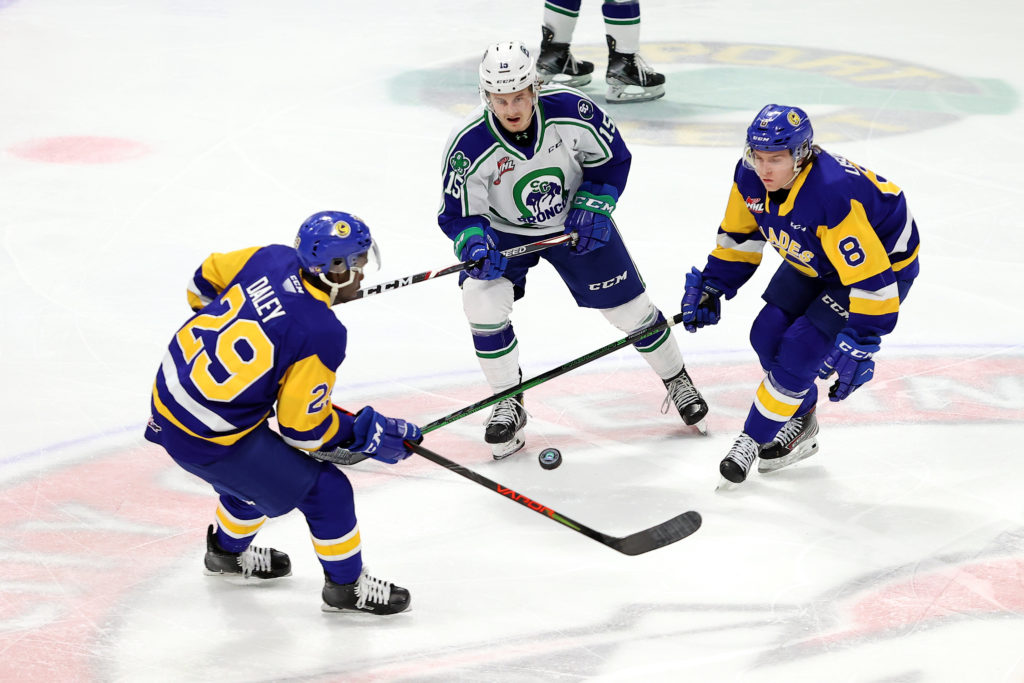 Regina, Sask. – The Swift Current Broncos (3-14-1-0) hope to carry some momentum from a strong performance against the Winnipeg ICE on Friday into their final meeting of the season with the Saskatoon Blades (14-2-2-0).

The Broncos opened the scoring for the first time in eight games when Cohner Saleski beat Daniel Hauser from the left circle just over eight minutes into the game on Friday. Winnipeg would respond with two straight to take a 2-1 lead into the intermission.

After a lengthy five-on-three power play that saw Swift Current pepper the Winnipeg goaltender, the ICE pushed their lead to 3-1 shortly after it expired. Carter Stebbings responded less than a minute later to send the game into the second intermission at 3-2.

Josh Davies scored to tie the game early in the third before Winnipeg answered back with two goals 2:03 apart to jump ahead 5-3. Owen Williams scored on the power play to cut into the ICE lead before the Broncos were given a power-play chance with 40 seconds left, but couldn’t generate the tying goal, dropping their seventh game in a row.

Saskatoon heads into Saturday’s matchup having won their last five games, including a 3-0 shutout of the Broncos on Wednesday. The Blades sit atop the East Division, two points up on the Brandon Wheat Kings.