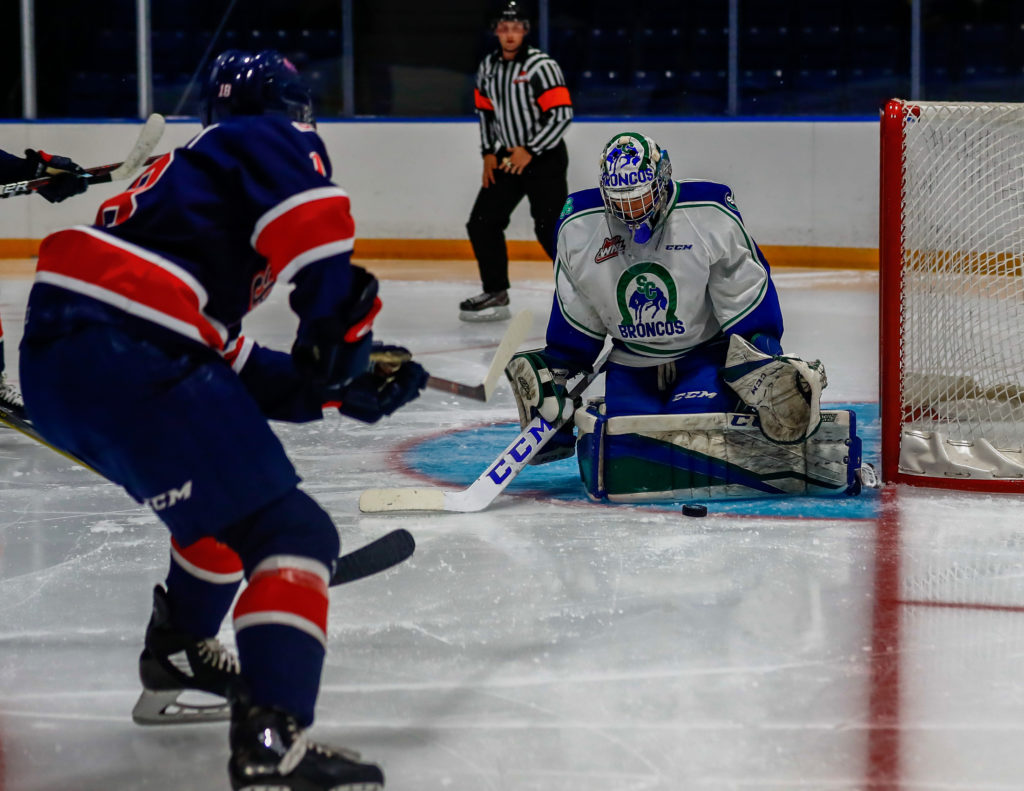 SWIFT CURRENT, SK – The Swift Current Broncos (3-10-1-2) are hoping a meeting with an old rival will help spark them to victory as they travel East on the Trans-Canada Highway to meet the Regina Pats (2-11-2-0) in a battle between two teams in the rebuilding stage.

Wednesday the Broncos were in Lethbridge for the first of seven meetings with the Hurricanes this season, dropping a 4-1 game.

A scoreless first period had the Hurricanes outshooting the Broncos 16-5 before Lethbridge got on the board early in the second off a highlight-reel goal by D-Jay Jerome.

Logan Barlage and Jerome again scored later in the period to push the Hurricanes lead to 3-0 through 40 minutes before the Broncos finally got on the board.

Off a face off in the Hurricanes zone, Raphael Pelletier won the draw and Matthew Culling raced over to the loose puck before firing it past Carl Tetachuk who couldn’t pick it up clean through traffic.

The goal ended a streak of 216:41 minutes between goals for the Broncos, who hadn’t found the back of the net since the 5:15 mark of the first period against the Brandon Wheat Kings on October 26. The streak was longer than the three lengthy goalless droughts the Broncos went through last season, as they had stretches of 180:06, 202:18 and 210:07 without scoring during the 2018-19 season.

The Pats have gotten off to an equally slow start this season with just two wins in their first 15 games. Keeping pucks out of the net has been a challenge for both clubs, as the Broncos (71) and Pats (67) rank 21st and 20th in the league for goals against respectively. Red Deer is tied with the Broncos for last place.

Regina may be hitting their stride in recent weeks however as five of their last six games have been decided by a single goal, with three of those being decided in overtime or a shootout.

The season series between the two teams last year was split down the middle as Regina won the first three before the Broncos took the final three meetings. The last two victories came via a shutout, so Swift Current enters Friday’s game with a 151:21 shutout streak against Regina.