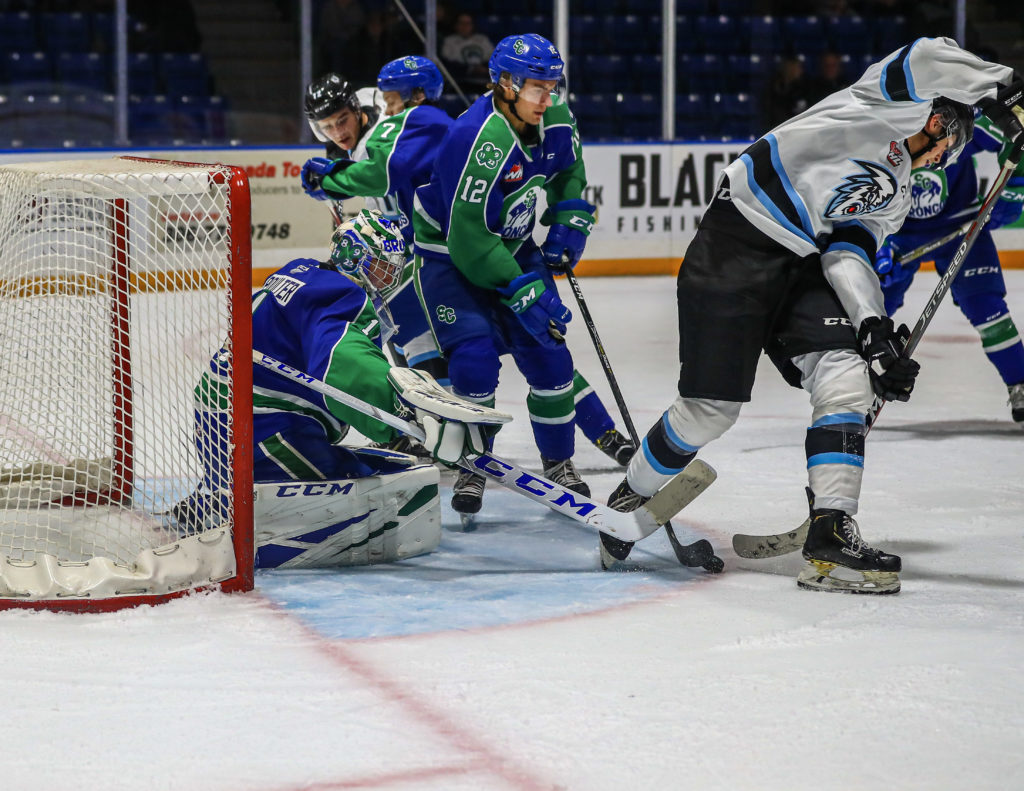 WINNIPEG, MB – The Swift Current Broncos (6-16-1-2) are looking to put a disappointing third period behind them as they finish off the Manitoba portion of their road schedule tonight against the Winnipeg ICE (14-11-1-0).

Tuesday, the Broncos held a 3-1 lead after the second period in Brandon, but collapsed as the Wheat Kings came storming back, scoring six unanswered goals to take the game 7-3.

Sergei Alhkimov scored a power-play goal in the first period, his ninth point in nine games with the Broncos, as the game was tied at one after one.

After weathering a lengthy storm from the Wheat Kings, Hayden Ostir scored a shorthanded goal with a little under five minutes remaining in the second before Aiden Bulych jumped on a rebound in front to give the Broncos the two-goal advantage heading into the final frame.

The Wheat Kings comeback began just a minute into the third to cut the Broncos lead in half before the offence came to life. By the time the period was 5:40 old, the Wheat Kings had a 5-3 lead and would add two more later on to finish the emphatic come back.

The ICE have been off since Saturday when they beat those very same Wheat Kings on home ice. Connor McClennon scored a hat trick and Jakin Smallwood got the game winner with 7:48 left in regulation.

Wednesday is the third meeting of the season between the Broncos and ICE, the first two of which had vastly different results. October 12 the Broncos led 5-1 after the first period before the ICE came storming back, eventually taking the game 6-5 in a shootout.

November 2 the Broncos made their first trip to Winnipeg, but were shutout for the second straight game, 4-0, after losing 5-0 in Brandon the night before.