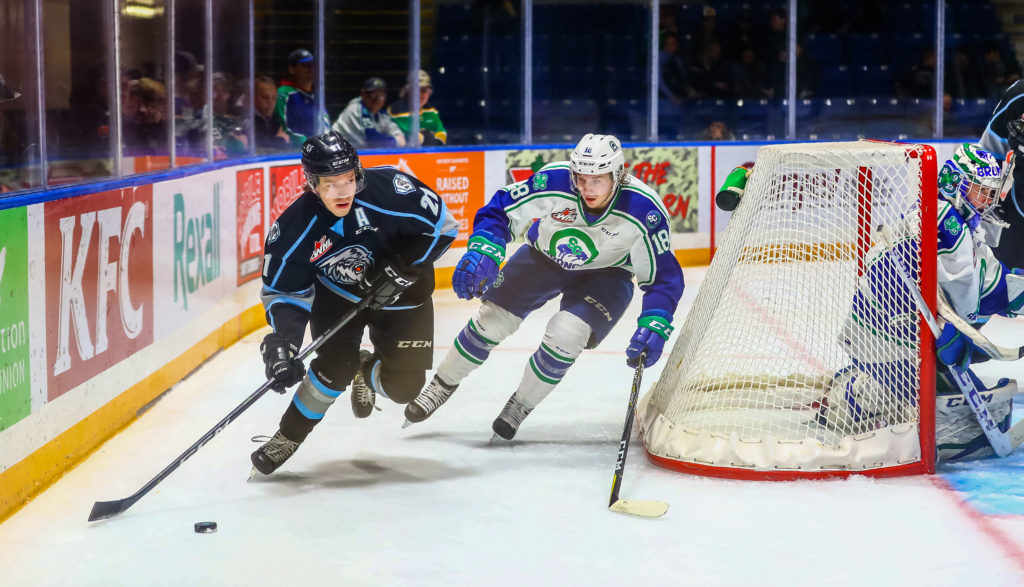 Swift Current, SK – The Swift Current Broncos (2-4-0-0) are looking to wrap up a four-game home stand with a win as they welcome the newest WHL team, the Winnipeg ICE (3-3-1-0), to the Innovation Credit Union iPlex for the first time Saturday night.

Wednesday the Broncos hosted the Portland Winterhawks and were within striking distance heading into the third period, down 4-2. An early goal by the Winterhawks in the third took any wind out of the Broncos sails, and Portland would add three more to take the game by a final score of 8-2.

The Broncos entered the game with just one power-play goal on the season, Joona Kiviniemi’s overtime winner in the first game of the season. Wednesday it struck twice as Aiden Bulych, with his first career WHL goal, and Ethan O’Rourke tallied goals on the man advantage.

Winnipeg is making their way back home after playing in Medicine Hat Friday night. While the team boasts a number of highly-touted prospects, the results haven’t been there just yet. The ICE have four players on their active roster who were drafted either first or second overall, though Peyton Krebs, the first overall pick in the 2016 WHL Bantam Draft, has yet to play this season.

The ICE are in their first season in the WHL after relocating from Cranbrook, British Columbia.

Following tonight’s game, the Broncos will hit the road for their bi-annual British Columbia road trip. The swing begins on Sunday when they travel to Kamloops and will last until Wednesday, October 23 when they return to Swift Current following the final game of the trip in Prince George on October 22.

In fact, the Broncos will play just one home game between October 13 and November 15.