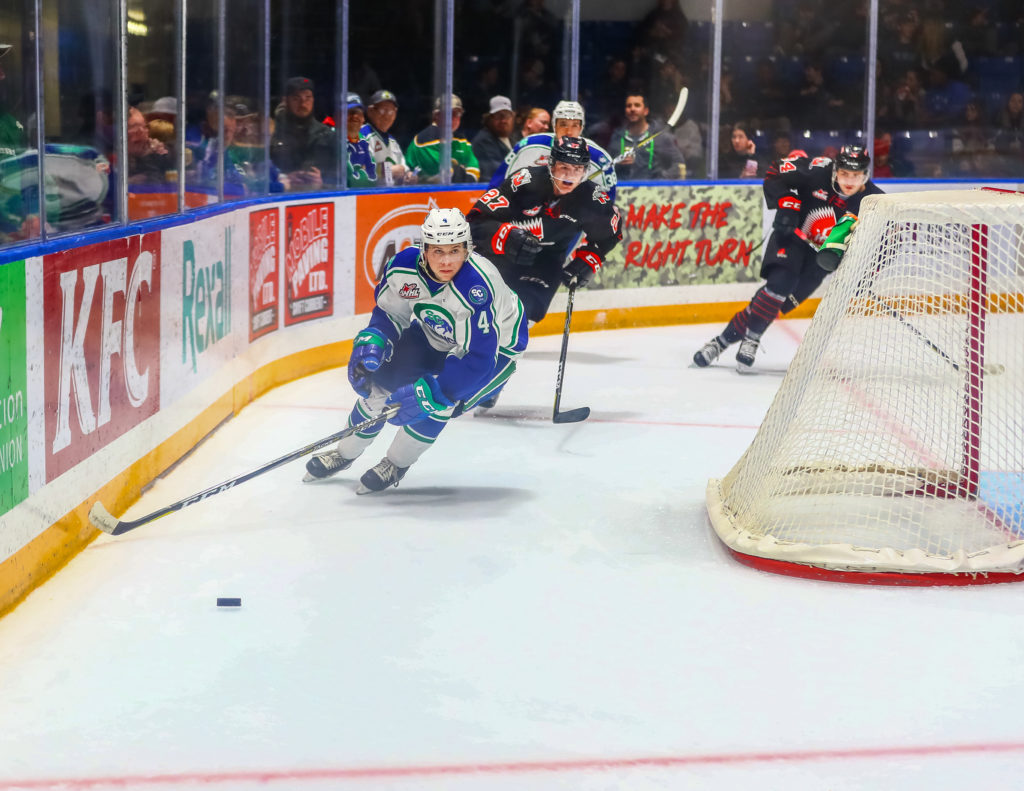 SWIFT CURRENT, SK – The Swift Current Broncos had an unscheduled off night on Friday when their game against the Regina Pats was cancelled due to ice plant issues at the Brandt Centre. With that, the Broncos head into Saturday’s game against the Moose Jaw Warriors (8-7-1-0) with new faces in the lineup, looking to get back in the win column.

Wednesday the Broncos were in Lethbridge for the first of seven meetings with the Hurricanes this season, dropping a 4-1 game.

A scoreless first period had the Hurricanes outshooting the Broncos 16-5 before Lethbridge got on the board early in the second off a highlight-reel goal by D-Jay Jerome.

Logan Barlage and Jerome again scored later in the period to push the Hurricanes lead to 3-0 through 40 minutes before the Broncos finally got on the board.

Off a face off in the Hurricanes zone, Raphael Pelletier won the draw and Matthew Culling raced over to the loose puck before firing it past Carl Tetachuk who couldn’t pick it up clean through traffic.

The goal ended a streak of 216:41 minutes between goals for the Broncos, who hadn’t found the back of the net since the 5:15 mark of the first period against the Brandon Wheat Kings on October 26. The streak was longer than the three lengthy goalless droughts the Broncos went through last season, as they had stretches of 180:06, 202:18 and 210:07 without scoring during the 2018-19 season.

The Warriors played host to the Winnipeg ICE Friday night, sending them home empty handed with a 3-2 Warriors win. Moose Jaw jumped out to a 3-1 lead early in the third, and held on for the victory after a late goal by Connor McClennon.

Goaltender Adam Evanoff, who missed the first six weeks of the regular season recovering from an injury, was named the game’s first star with 36 saves. In the three games (two starts) since his return to game action he’s posted a 2-0 record with a .944 save percentage and a 1.92 goals against average.

The Warriors are led offensively by 2002-born forward Ryder Korczak who was acquired in the Jett Woo blockbuster deal at the WHL Bantam Draft. Perhaps not seen as the main piece of the trade, Korczak has exploded offensively in Moose Jaw with 25 points in 16 games. He recorded 16 points in 50 games with Calgary last season.

Anaheim Ducks first rounder Brayden Tracey returned to the Warriors after missing the first handful of games of the year and has posted eight goals and 10 assists in just 10 games.

Last season the Broncos took one of six meetings against the Warriors, a 4-3 overtime win in Moose Jaw December 27. Alex Moar scored the game-winning goal.