Preview: Something’s got to give as Broncos meet Royals in Victoria 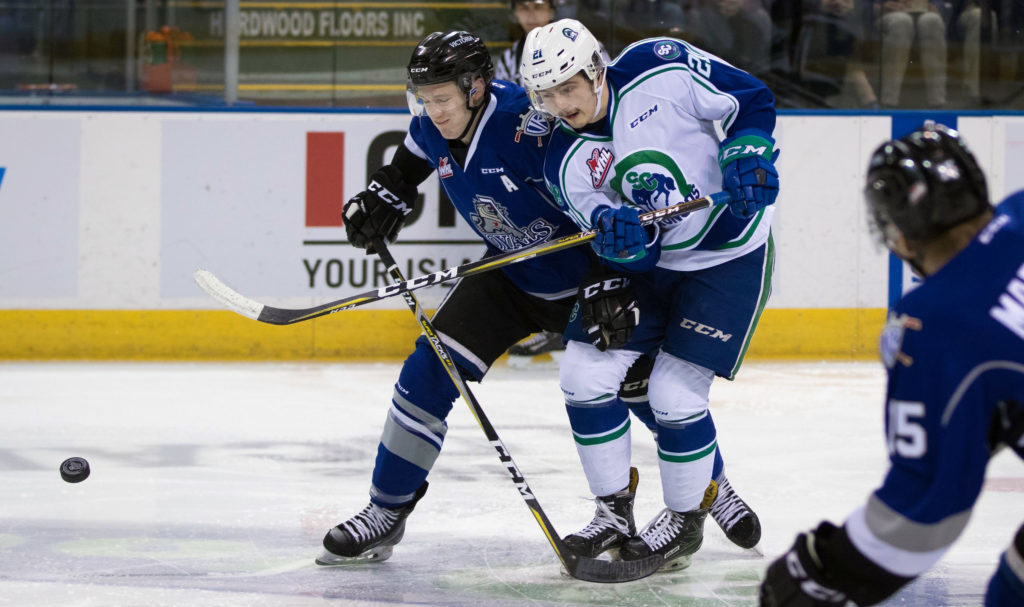 Victoria, BC – The Swift Current Broncos (2-5-1-1) put on a strong performance against the Kelowna Rockets Wednesday night, but fell by a score of 3-2 in overtime. The loss was their fifth in a row and their next opponent, the Victoria Royals (2-4-1-0), are in a slump of their own having lost four straight.

Wednesday Ben King’s third of the season had the Broncos up 1-0 after 20 minutes of play. The Rockets stormed back with two goals in just over three minutes to take a 2-1 advantage into the second intermission.

The third period was mostly controlled by the Rockets, but Brecon Wood’s goal five and a half minutes into the period tied the game up, and Isaac Poulter was stellar in the Broncos net to force the game to overtime.

Unfortunately for Swift Current, Nolan Foote’s second goal of the game was the overtime winner just 1:05 into overtime to hand the Broncos their fifth straight loss.

Friday’s matchup is two slumping teams as the Royals welcome the Broncos having lost their last four games. The Royals’ last four opponents have been US Division clubs and Victoria has picked up one of a possible eight points, an overtime loss against the Tri-City Americans last Friday.

Overall, the Royals are the lowest-scoring team in the WHL. Their 14 goals in seven games ranks 22nd in the league, though the Broncos aren’t far ahead with 18 goals in nine games.

After years of being a legit contender, it appears as though the Royals have begun a rebuild, much like the Broncos. Workhorse goaltender Griffen Outhouse graduated from the WHL last season as he hands the reigns to former Portland Winterhawk Shane Farkas.

Thirteen players on the Royals active roster are 2001-born or younger compared to the Broncos 15.

Josh Davies, the 54th overall pick in the 2019 WHL Bantam Draft, will make his WHL debut Friday night with the Broncos. He burst on the scene in the pre-season with five goals in just three games, including a hat trick in his first ever game against the Moose Jaw Warriors. He is spending the 2019-20 season with Pacific Coast Academy Midget Prep, located in Victoria.