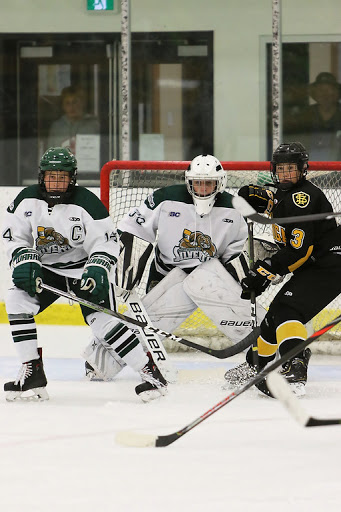 There was no doubt in young Joey Rocha’s mind that he wanted to be a goaltender. While some hockey parents prefer their children to play forward or defence, for a multitude of reasons, Rocha was always drawn to the net.

“I was a big fan of watching it with all the gear and stuff like that,” Rocha said. “Back in the first couple years that I was playing, when my team didn’t really have a goalie, we would alternate and nobody really wanted to go in goal. That’s where I enjoyed it and I kind of just fell in love with the position from there.”

Working his way through minor hockey on Vancouver Island, Rocha suited up for the North Island Silvertips U15 team for the 2019-20 season, posting an 8-7 record with a 3.35 goals-against average with a team that went 11-18-1.

Despite the solid season, Rocha wasn’t paying too much attention to what was happening on draft day in May of 2020.

“I was kind of just hoping for the best, but more or less happy with no matter what happened,” Rocha said. “Knowing that my family is behind me and knowing that I’m going to work hard and have some fun.”

When Rocha’s name appeared at 109th overall, the congratulations started to roll in.

“I got some phone calls from a few of my hockey buddies,” he said. “My goalie partner gave me a call and told me I had just gotten drafted. A few other people called me and a few family members just telling me congratulations.”

Rocha was the first of seven North Island Silvertips players drafted in 2020.

With minor hockey significantly shortened or outright cancelled nearly everywhere across the country for the 2020-21 hockey season, Rocha had to make the best of a tough situation to progress his game.

“There was a lot of work with a goalie coach and looking at a lot of video to see what I could work on more,” Rocha said. “A lot of presentation stuff to make myself look bigger in the net. There was also a lot of extra working out in the gym to make sure I was getting stronger and able to move side to side quicker.”

On February 16, Rocha put pen to paper and signed his Standard Player Agreement with the Broncos, a decision that didn’t take much thinking.

Rocha says he watched as many Broncos games throughout the hub season as he could, keeping up to date on the team as well as opposing players he could potentially face once he makes the jump to the Western Hockey League.

With training camp fast approaching, Rocha is eager to make his way to Saskatchewan for his first WHL training camp.

“It’s a little nerve wracking going all the way out there, but I’ll have my mom and a few of my family members there so it shouldn’t be as bad,” he said. “I’ve talked to a few other players from recent years, including Reid Dyck after I signed. I’m expecting it to be fast and pretty skilled, but I just want to go in there, have some fun and take the most out of it as I can.”

Rocha will try to make the most of his training camp experience, and will also get a feel for the province he’s going to spend the 2021-22 hockey season in, as he will be joining the Notre Dame Hounds U18 program in the fall.

“They contacted us and it’s a great organization with a lot of great people,” Rocha said. “We just thought that it would be great with all the training and the rink right at the school. I feel like it’s going to be a good place for me to get my grades up and also elevate my game.”

When Rocha eventually makes the jump to the WHL full time, his expectations for himself are high.

“I want to be the elite-level goaltender I know I can be,” he stated. “While also not taking away the fun from the game. I want to have a good time and have a winning presence while making memories with all of my teammates.” 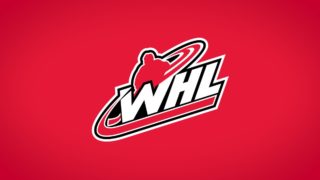 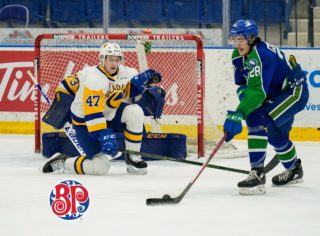