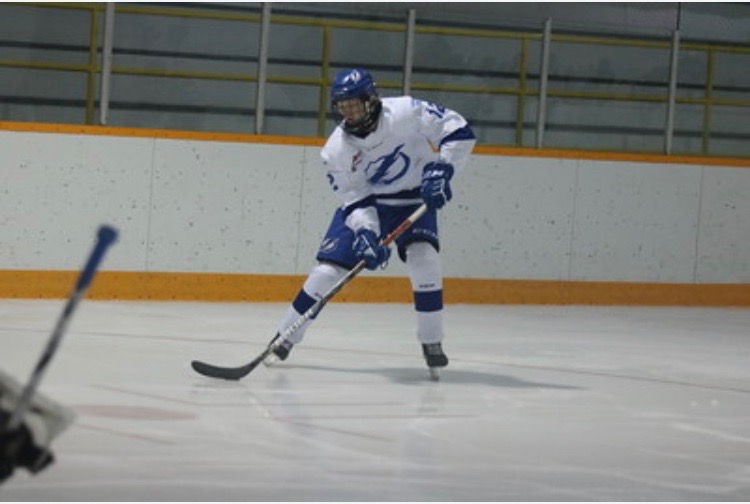 With Swift Current being the second smallest CHL market, behind only Acadie-Bathurst in the Quebec Major Junior Hockey League, it’s sometimes a shock when Broncos prospects make their way to the city for the first time. That’s not the case for Karson King.

“I come from a small town out here in Manitoba,” King said from his family farm. “So it’s pretty similar to where I’m living. I’ve grown up around this kind of stuff so it fits really well for me.”

King hails from Warren which is about a 40-minute drive northeast of Winnipeg, and is home to less than 1,000 residents.

Like most WHL Bantam Draft picks, King was at school and trying to follow the draft as closely as he could this time last year. He said he was walking to the lunchroom when he started getting congratulated by people at school. Unbeknownst to him, he had just been selected with the first pick in the sixth round, 111th overall by the Broncos.

King was coming off a season in which he scored more than 20 times more goals than he did the previous season, going from one to 21 in his two seasons with the Interlake Lightning Bantam team. There’s a main reason for the large discrepancy.

“We wanted to win some more games during my second year of bantam,” King explained. “I was usually a defenceman, but I liked to score goals so I decided I better move up to forward. I really had to work on my foot speed, because I was always so used to skating backwards.”

The switch from defence to forward worked out well for both King and the Lightning, as King led the team in scoring with 21 goals and 41 points while the team won 13 games, the same amount they had won in the previous two seasons combined.

Not only did he lead the team in scoring, he also led in the locker room as he had the captain’s ‘C’ on his jerseys throughout the 2018-19 season.

“I’d like to think I’m a leader both on the ice and in the room,” King said. “I was able to lead by example, but I also like being vocal and getting the guys ready and focused before every game, and then going out on the ice and playing my heart out.”

King made his way to the Innovation Credit Union iPlex for training camp in the fall of 2019 and wanted to make the most of the experience.

“It was definitely a big change for me, I hadn’t come to anything like that before,” he said. “I was pretty nervous and didn’t quite know what to expect, but once I got into the swing of things it was pretty fun.”

Following camp, King returned to the Interlake Lightning program, making the jump to the U18 level. Despite being just one of two 2004-born forwards on the team, the 6’1” King made a huge impact by scoring 16 goals and recording 31 points in 44 games, good for fourth on the team.

“It’s pretty good hockey in that league and it’s fun to play in,” he said. “We had a really good group of guys in the locker room. Unfortunately we didn’t win many games, but we all gelled together really well, anyone could play with anyone.”

“You talk to him and there’s just so much to like about him,” Broncos Director of Player Personnel Gary Aubin said. “He’s a very smart player with good hands. He’s a bigger body who has even more growth potential. Once he refines his skating a little bit and gets a little bit stronger, I could see him being a power-forward type of player because he’s pretty hard to handle on the cycle and down low.”

Four of the Lightning’s top-five scorers were 2002-born forwards with the exception of King. His 15 goals were sixth in the league for 2004-born players. He says playing on an older team helped him adjust to the next level easier.

“It was nice knowing there were guys ahead of me that would give me a lot of help along the way,” King said. “Some of those guys had been around the league for a couple of years and they were all really good to me.”

Five of the Broncos 10 draft picks from the 2019 Bantam Draft came from Manitoba, and King says he was familiar with two of them especially.

“Sam Court and I go back a ways,” he said. “We played spring hockey together and we’ve always been good buddies. I’ve also known Reid Dyck for the past couple of years and we played on Team Manitoba (at the WHL Cup).”

With the signing of Josh Filmon on Monday, half of the 2019 draft class has now signed with the Broncos. King hopes to put pen to paper in the not-too-distant future as well.

“I hope so,” he said of signing a WHL Standard Player Agreement. “I’m pretty confident about it. The Broncos are a great organization and I can’t wait to get things going at training camp again.”