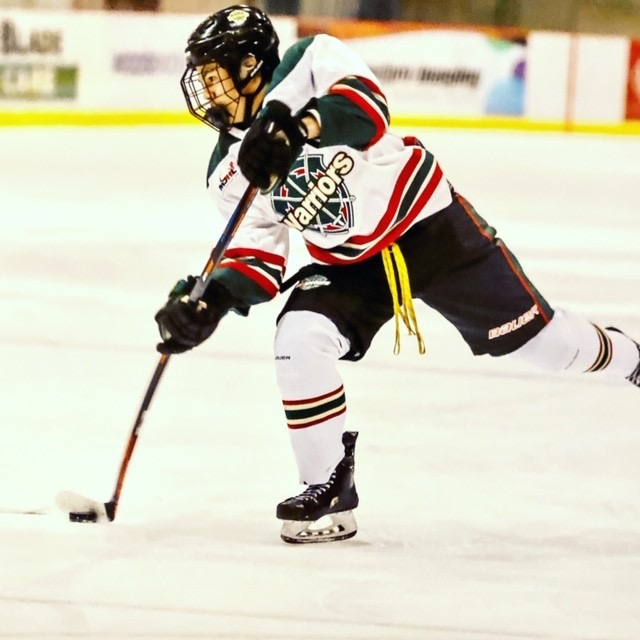 With Winnipeg not having a Western Hockey League team until recently, Liam Saxberg didn’t have a local team to cheer for growing up. When playing EA Sports NHL video games, Saxberg always chose the same team when starting his virtual road to the NHL.

“My coach with the Manitoba Xtreme was Ryan Smith,” Saxberg explained. “He coached the Broncos, so whenever I would play the ‘Be A Pro’ mode I would always play as Swift Current, and it just so happened I ended up getting drafted by them.”

Saxberg was selected by the Broncos with the 60th overall pick in the 2020 WHL Draft after an outstanding season with the Winnipeg Warriors in which he scored 19 goals and 47 points from the blue line.

His 19 goals tied him for first amongst defencemen in the Winnipeg AAA U15 league with fellow Broncos 2020 draft pick Grayson Burzynski. Saxberg says his time spent playing forward has helped the offensive side of his game grow.

Teams took notice of Saxberg’s performance throughout the 2019-20 season as he had conversations with plenty of clubs during the year, though Saxberg said it was clear the Broncos showed a strong interest in him.

While he had an impressive season in his own right, it would have been tough not to notice his Warriors team as a whole as they finished a perfect 36-0 during the regular season.

“We always wanted to say we were going to win every night just to be more confident in ourselves,” Saxberg said. “If you play with confidence, you’ll be a lot better as a team. We had a couple of close games against Eastman and the Monarchs, but we always managed to push through and win.”

The Monarchs and Warriors went head-to-head in the finals that season, with Saxberg’s club prevailing over future Broncos draft picks Burzynski and Rylan Gould.

While the Warriors won the series four games to one, Saxberg said it was closer than maybe the results showed.

“They really pushed us in that series,” he said. “Those were probably the best games of the year against them. It was kind of emotional (when they won) because we all knew that was probably our last year together.”

With a gold medal around his neck, Saxberg could finally turn his full attention to the WHL Draft in April.

While Saxberg would eventually see his name appear on the draft board at 60, there was some excitement before that when two of his teammates were selected in the second round.

“I remember Jaydon Perron, who’s one of my closest friends, his name came up first out of everyone and we were just so happy for him,” Saxberg said. “We were all on a big FaceTime call together.”

Perron was drafted by the Portland Winterhawks 23rd overall, while another teammate of Saxberg’s, Lukas Hansen, went 28th to Saskatoon.

As Swift Current’s pick at 60th overall was approaching, Saxberg was confident that was where he would see his name on the screen.

“I was really thinking this spot is going to be me,” he said. “When I saw Rylan and Grayson get drafted by the Broncos, I really wanted to go there because I’ve known them since I was about seven years old.”

Saxberg said he’s trained with Reid Dyck and Owen Pickering over the past few summers as well.

Like nearly all players his age in Canada, Saxberg didn’t have much of an opportunity to play hockey during the 2020-21 season, limited to just three games at the U18 level with the Winnipeg Bruins.

“It was terrible,” he said. “I had a pretty good start to the season and then we went into the lockdown, which was supposed to just be two weeks. We had some exhibition games scheduled for the end of the year which also got cancelled.”

Saxberg recorded four assists in three games before the season was eventually shut down for good.

Dedicated to improving his game and conditioning, Saxberg has been using his time wisely over the past year.

“Since March 2020 I’ve been working out five times a week with my trainer,” he explained. “I’ve put on 20 pounds of muscle in that time. We do a lot of speed work to work on my hips and flexibility.”

With no training camp for the Broncos in 2020, Saxberg’s wait to come to Swift Current for the first time was extended into the fall of 2021.

Signing his Standard Player Agreement with the Broncos less than three weeks after the draft, the excitement levels for Saxberg to head West are at an all-time high.

“I’m so pumped for it,” he said. “I was talking to Rylan (Gould) about it just the other night. We were talking about how much we want to get out there. I’ve wanted to play in the WHL since I’ve really known about it. Now that I get the chance to do it, I’m going to make it count. I want to make an impact in the league and help the team win. If they need me to score goals I can be that guy, or if they need me to protect a one-goal lead, I can be that shutdown guy too.” 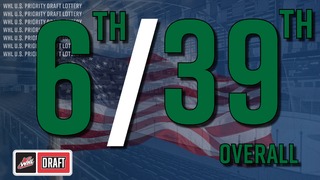