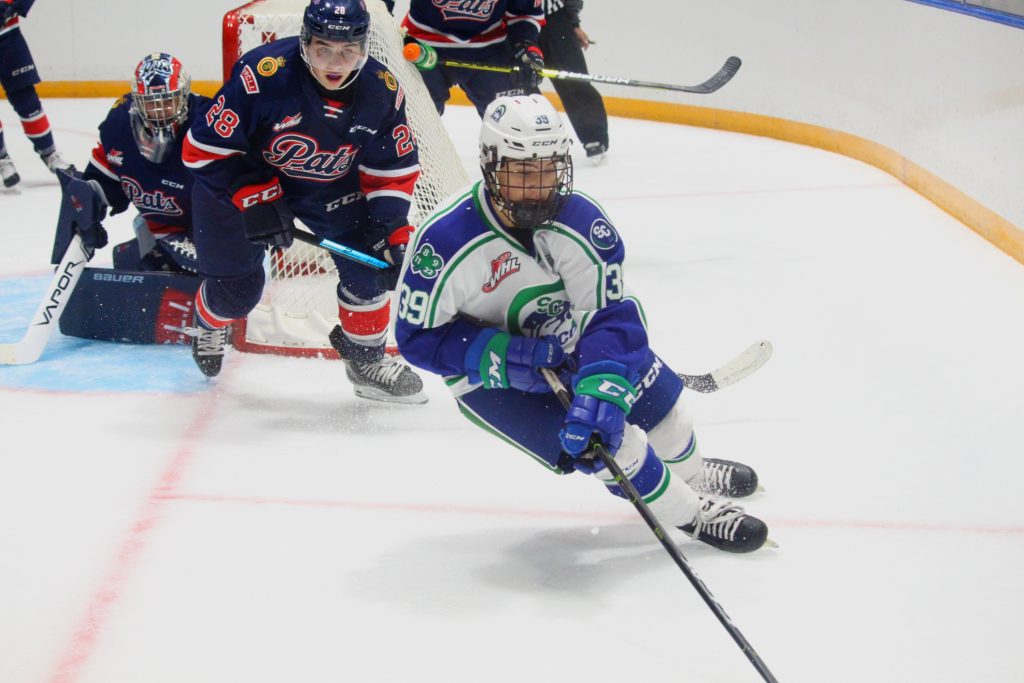 The timing of the CSSHL Championships in Penticton getting cancelled couldn’t have been worse for Mathew Ward and his West Van Academy Warriors. The Warriors ended the regular season with an 18-11-2-5 record, but surged down the stretch to the tune of a 9-1-1 record over their final 11 games.

After winning their opening game of the tournament against Rink Hockey Academy, in which Ward had a goal and an assist, he and his teammates wrapped up their warmup ahead of a game against Edge School and received the unfortunate news from their coaches.

“We heard a little bit ahead of time that something might happen,” Ward said. “But we didn’t really believe it until it happened. We were all pretty sad and mad about it.”

The news cut the 2019-20 season short for Ward, the Broncos first of two first-round selections in the 2019 WHL Bantam Draft, who made the adjustment from Bantam to Midget seamlessly.

While Ward shared the bench with expected first-overall draft pick Connor Bedard this past season, they usually only played together on the power play.

“We were really happy with Ward this year,” said Broncos Director of Player Personnel Gary Aubin. “There were mixed times that he played with Bedard, but for the most part he was steering that second line, so a lot of those numbers are his.”

The Broncos brass are high on Ward for his hockey sense and ability to make the players around him better, something that’s evident by the point totals he’s posted at each level.

Even during pre-season with the Broncos, he was noticeable; scoring in his first game August 30 against Moose Jaw and adding the shootout winner in his second game against Regina.

“He’s just so smart with the puck,” Aubin continued. “He’s so calm and collected. Even when you talk to him, it seems like he doesn’t have a heartbeat, but that’s just the way he is on the ice. He’s so good with the puck and just sees everything. He knows when to get in and when to get out. I thought he got better every single month.”

Struggling to score goals over the past two seasons, the Broncos will welcome Ward’s playmaking ability next season as they begin to reap the benefits of the 2019 draft class that has three players signed to Standard Player Agreements to date.

The Kamloops native is hoping to make an impact as well.

“I know I just need to get a little bigger and put on some weight,” Ward said of his offseason plans. “That way I can adjust to the WHL next year. I just want to do my best and help the team in any way I can.”

The coaching and scouting staff are excited to inject a player with Ward’s potential into the lineup, but don’t want to set the expectations too high from day one.

“It’s tough for 16-year-olds,” Aubin said. “Don’t put any expectations on it. Just let him get his feet wet and keep himself in the lineup, realize what the pace is. Ward is smart enough that he’ll be able to adapt and I think you’ll see a guy who just gets better and better as the year goes along.”