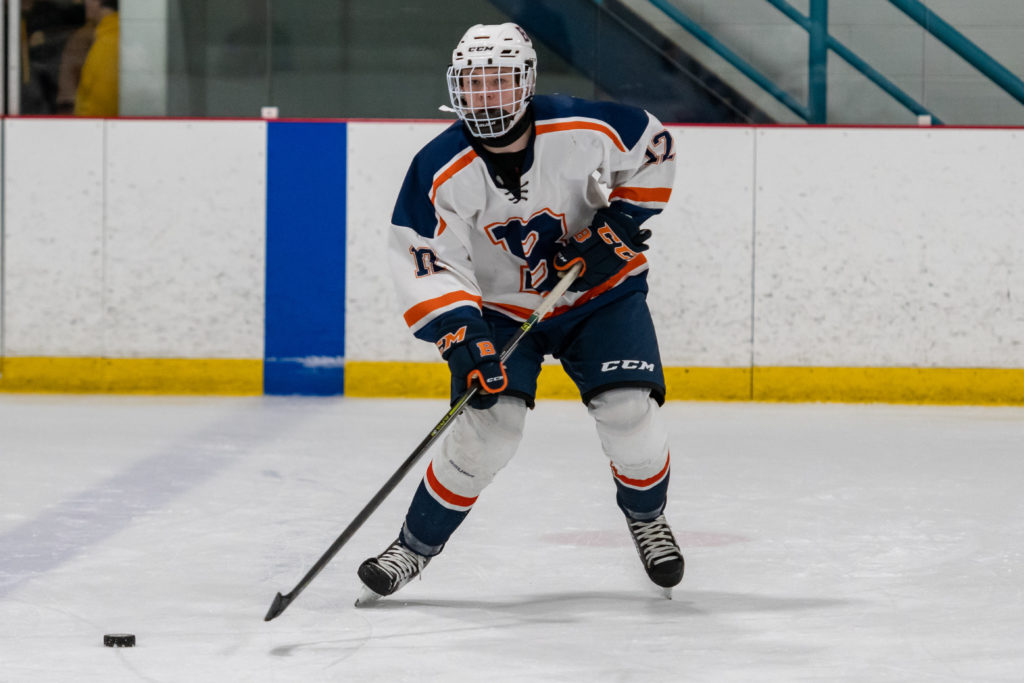 Parker Lalonde grew up dreaming of playing in the Western Hockey League. That dream became one step closer to reality when he was drafted in the sixth round, 114th overall by the Red Deer Rebels during the 2019 WHL Bantam Draft.

Lalonde grew up in Aberdeen, about a 30-minute drive to the Sasktel Centre where he watched the Blades on a regular basis.

He spent his two bantam seasons with the Warman Wildcats bumping his point total from 30 to 50 in his draft season, before recording 10 points in five playoff games in 2019.

Aside from 2020, it seems to be a tradition for WHL draft picks to be in school when they find out they’ve been picked. It was a different story for Lalonde.

“My dad is a huge hockey fan and he researches about it all the time, so he knew the draft was a big deal and let me stay home to watch it,” he said. “I didn’t really know where I was going to go. I had heard from a few people that I might go in a certain area, but I didn’t know what to expect because I hadn’t seen any of the players from other provinces before. I didn’t look into draft rankings very much, I was just hoping for the best and I remember sitting at home and when Red Deer selected me it was just really exciting and a big accomplishment.”

Thrilled about the opportunity, Lalonde attended training camp with the Rebels in the fall of 2019, which was an eye-opening experience.

“It was a really good camp. I started in the rookie camp and I thought I had played pretty well and scored some goals,” he recalled. “Then I got moved up to main camp which was a big shock for me. From playing Bantam AA to main camp with Red Deer was a big jump, but it was a great experience to play in the intra squad game with all the fans in the building.”

Lalonde returned to Saskatoon to begin the 2019-20 season with the Saskatoon Blazers of the Saskatchewan AAA U18 League.

Just 10 games into the season, Lalonde received a phone call telling him he had been traded to the Broncos.

“The Rebels head scout, Randy Peterson, was the first person to call me,” he said. “He told me they really didn’t want to trade me, but the Broncos had to have me as part of the deal if they were going to make the trade.”

November 8 it was announced the Broncos had traded Ben King to Red Deer in exchange for Lalonde, Jordan Borysiuk, Cohner Saleski and a 2020 third-round pick, which was used to draft Liam Saxberg.

Before Lalonde had much time to process the news, he received another phone call.

“Right after I got off the phone with Randy, I got a call from Dean,” he said. “He told me they were really excited to have me in Swift Current. It was really great to hear that from the coach.”

Perhaps wise beyond his years, Lalonde took the news of the trade well, knowing the Rebels had a much deeper prospect pool than the Broncos at the time of the trade, and there was likely more of an opportunity for him to make an impact with the Broncos in the future.

“I thought he was one of the better players in the second half of the year,” Broncos Director of Player Personnel Gary Aubin said. “There was a tremendous amount of development with him and they trusted him in every role.”

Now a member of a new organization, Lalonde continued his season with the Blazers and finished with 33 points in 39 games, good for fifth in the league for players born in 2004 or younger.

“At the start of the year it was a big adjustment because I wasn’t and overly physical player,” he said. “As the year went on I got more comfortable and I think I developed my game a lot.”

By the end of the season, Lalonde was a regular on the Blazers penalty kill unit, something he hadn’t done too often before.

Lalonde was one of just three 15-year-old forwards on the Blazers roster, which he thinks helped him make the jump to the older age group easier.

“I think the big thing was not having pressure to produce right away,” he said. “We had some older guys like (fellow Broncos prospect Carter) Stebbings, (Alec) Saretzky and (Nolan) Flamand who were putting up a ton of points. So I didn’t feel like I had to produce right away and I could watch how the older guys play. I tried to mimic their games a little bit and they helped me figure out how to play in that league.”

The Blazers finished with a 33-9-1-1 record in 2019-20, but were then eliminated in the opening round of the playoffs by the Tisdale Trojans.

With one WHL training camp under his belt, Lalonde is looking forward to venturing south to Swift Current for his second one. It being three hours closer to home is a definite bonus.

“It’s always exciting, the competition at those camps is amazing,” he said. “My mom didn’t care where I got drafted, but she was really excited when she found out I was going to Swift Current.”

Lalonde hasn’t signed a Standard Player Agreement with the Broncos yet, but it’s something he’s hoping to do.

“I’m training really hard right now,” he said. “Whether I play in Swift Current soon or when I’m older, I’d love to get the chance to play there. I’ve been in that rink and it’s a good facility. I’d be really excited to play there if I had the chance.”