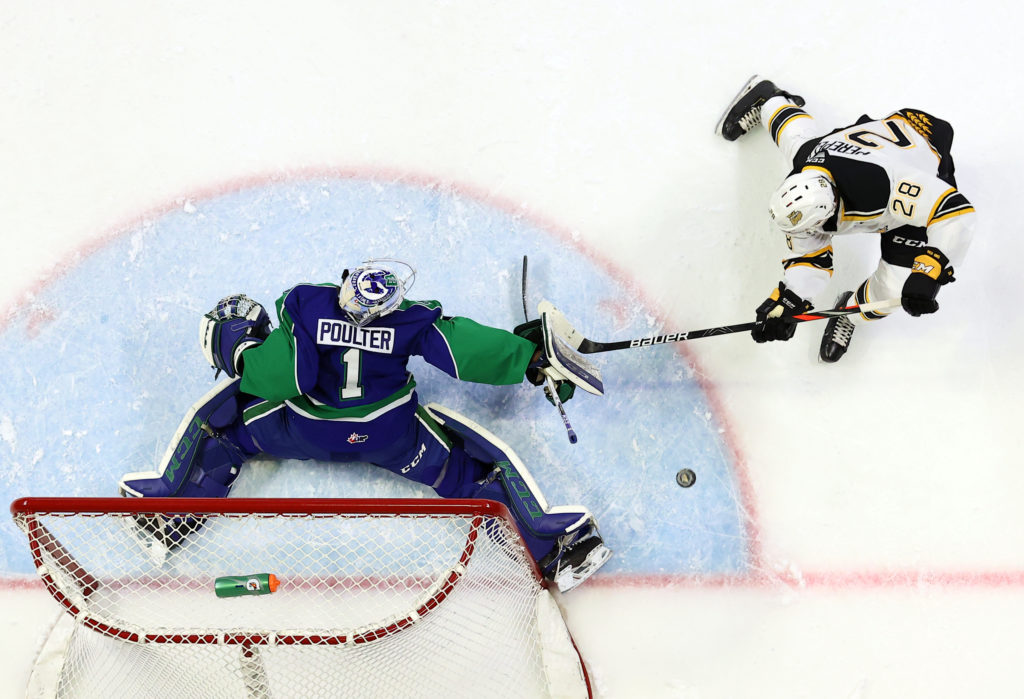 The Broncos killed off an early power play thanks to some key saves by Isaac Poulter to keep the Wheat Kings off the board early, but Brandon would capitalize on their second man advantage of the period.

Skating down the right wing into the Bronco zone, Nate Danielson sent the puck to the crease and banked it off Poulter’s pad and in to the Brandon a 1-0 lead after one.

Swift Current came inches away from tying the game in the dying seconds as Kaleb Bulych’s shot from the right circle snuck through Connor Ungar’s pads and just rolled wide.

The Wheat Kings pushed their lead to 2-0 on a nice passing play off the rush, finished off by Jake Chiasson 9:40 into the period.

Just over a minute later, Aiden Bulych responded off the rush on a similar play, taking a feed from Devin Aubin and beating Unger over the glove with his fifth of the season.

Brandon regained their two-goal lead late in the frame as Tyson Zimmer finished off a two-on-one rush to give the Wheat Kings a 3-1 lead after two.

The Wheat Kings controlled the majority of the play in the final 20, outshooting the Broncos 15-4, but it wasn’t until Chad Nychuk hit the empty net that they would score again for the 4-1 final. Poulter finished with 33 saves in the Bronco crease.

The Broncos are off on Thursday before facing the Moose Jaw Warriors (6-7-1-0) Friday night at 8:00.