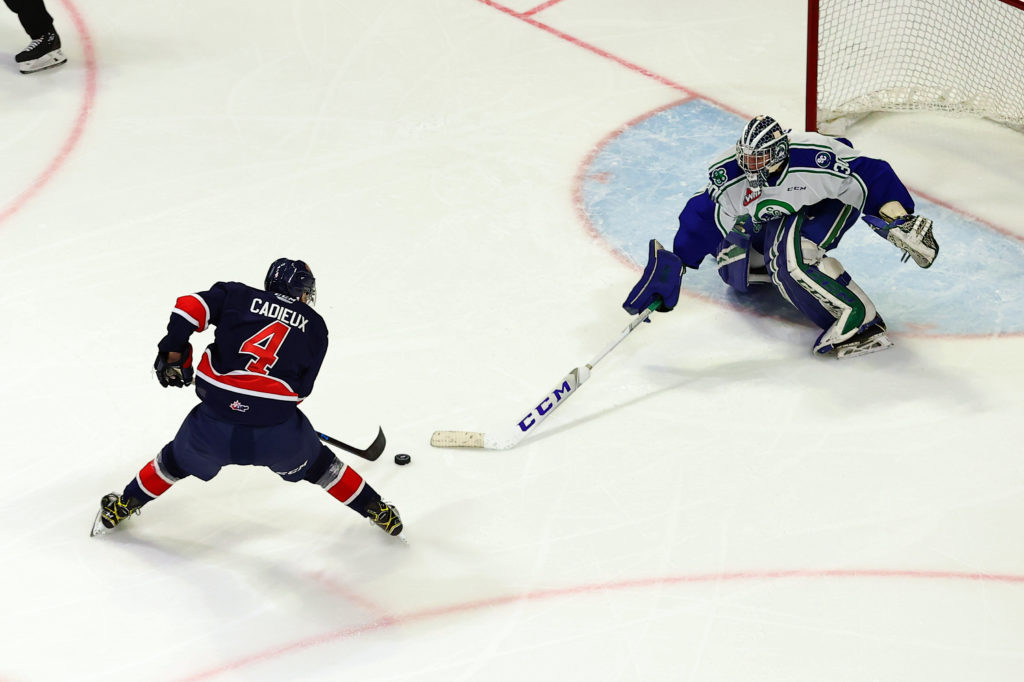 The Broncos had a great opportunity shortly after the puck dropped as Regina took two penalties 1:38 apart. Despite the extended power-play time, the Broncos couldn’t connect to open the scoring.

The Pats found the back of the net 10:38 into the game off the rush. Connor Bedard slid the puck to Carson Denomie while streaking down the left wing, and Denomie fired the puck over Reid Dyck’s glove for his 12th of the year.

While on their first power play of the game, Regina added to their lead when Logan Nijhoff jumped on a rebound to push the Pats ahead 2-0.

Mathew Ward cut into the lead in the final minute of the first, gathering a loose puck in his own zone, skating through centre and down the left wing before firing it past the glove of Roddy Ross to get the Broncos on the board with 30 seconds to go in the first.

The second period saw good chances for each team but neither could score as the game remained 2-1 through 40 minutes.

Regina scored twice in just 1:04 in the third period with Bedard and Cole Dubinsky finding the back of the net to push the Pats’ lead to 4-1 five minutes into the final frame.

Bedard and Zack Smith would add two more goals in the final eight minutes to push the final score to 6-1.

The Broncos are back in action tomorrow night as they face the East Division-leading Brandon Wheat Kings at 8:00.