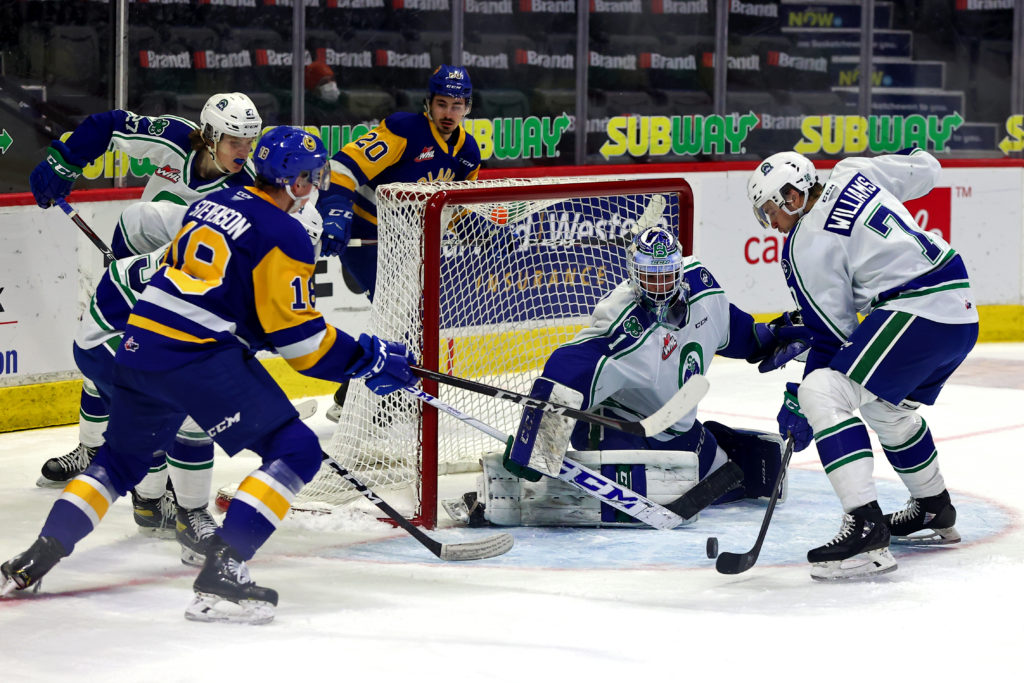 The game opened with back-and-forth action for the opening eight minutes before the Blades opened the scoring.

Off the rush, Wyatt McLeod swung the puck across the Broncos zone for Blake Stevenson who was charging to the back post. Stevenson was able to tap in the pass for his six goal of the season.

Less than two minutes later Stevenson was at it again on a very similar play. Evan Patrician skated out from behind the Bronco net and spotted Stevenson again heading to the back post. Patrician fed him the puck for his second of the game just 1:46 after his opening goal.

Down 2-0 after one, the Broncos came out strong with a few good shifts to start the second, though the Blades quickly snatched momentum back.

After Ben Saunderson’s shot from the point missed the net, the puck bounced off the end boards and out to Chase Wouters in front of the net who put home his seventh of the season to extend Saskatoon’s lead to 3-0.

As the game went on the Broncos started ramping up their chances towards the net, including on a power play late in regulation, but Maier stood tall turning aside at 27 shots sent his was for his second shutout of the season.

The Broncos are off Thursday before a 6:00 game against the Winnipeg ICE on Friday.