Recap: Broncos turn in strong performance in loss to ICE 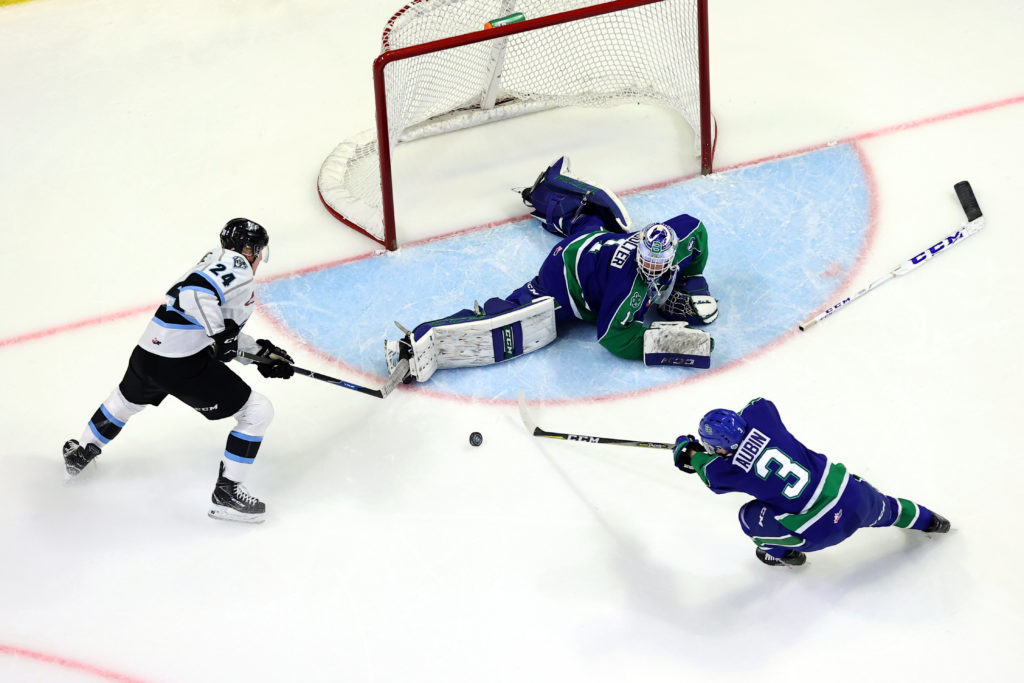 Cohner Saleski opened the scoring for Swift Current after a strong sequence in the ICE zone. Taking a pass in the left circle, Saleski caught Daniel Hauser out of position and without a stick as he scored his second of the season 8:46 into the game.

The lead wouldn’t last long as Winnipeg scored on a delayed penalty. Owen Pederson got around Isaac Poulter and tried to tuck the puck in, but it rolled off his stick, hit a skate in the crease and went over the goal line to tie the game.

The ICE took a 2-1 lead into the intermission when Connor McClennon knocked in a rebound with just 1:39 to go in the first period.

Swift Current was given a 5-on-3 power play for 1:19 seconds in the second, and despite numerous high-quality scoring chances, couldn’t solve Hauser to tie the game.

Winnipeg then extended their lead shortly after the power play expired with Mikey Milne tipping a shot from the left point to make it 3-1.

Swift Current answered back less than a minute later with Carter Stebbings taking a feed from the goal line and scoring his third of the season to cut it to a 3-2 ICE lead through 40 minutes.

Josh Davies pulled the Broncos even early in the third, redirecting a shot from Michael Farren for his sixth goal of the season.

The game remained tied for nearly seven minutes before Winnipeg regained their lead. McClennon found Pederson on a back door feed for his second of the game to make it 4-3.

Two minutes later a turnover ended up in the back of the Broncos net, finished off by Milne for his second of the game.

The Broncos didn’t go quietly into the night as Owen Williams scored on the power play with 4:03 remaining to make it a one-goal game again.

Swift Current got another power play opportunity with 40 seconds left, but couldn’t get more pucks towards Hauser as Winnipeg held on for the win. Final shots read 44-28 in favour of the Broncos.

The Broncos are right back in action Saturday night for the fourth and final meeting of the season with the Saskatoon Blades.