Stotts Chosen by Hockey Canada for U-17 Challenge 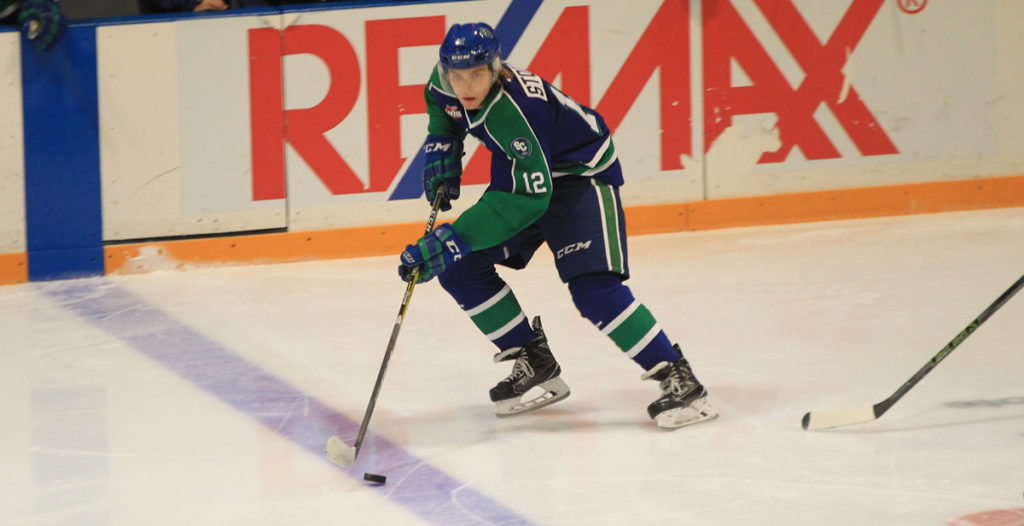 The Swift Current Broncos and Hockey Canada announced today that forward Riley Stotts has been named to Hockey Canada’s 2016 World Under-17 Hockey Challenge. The annual tournament will commence from Oct. 27 to Nov. 5 in Sault Ste. Marie, Ontario.

“These are the 66 best players in the country who are, by-and-large, making their first appearance in international competition as part of Hockey Canada’s Program of Excellence. They have been selected not only based on their current ability, but also on their potential to represent Canada at under-18 and junior competition in the comings years,” said Shawn Bullock, senior manager of hockey operations and men’s national teams for Hockey Canada. “This is a skilled group of high-performers with long-term international potential, and we look forward to working with them at the World Under-17 Hockey Challenge, and in the future.”

Stotts was one of 66 players selected from the original pool of 111 participants at a seven-day tournament in late July. The 66-player roster will be divided to make up the three Canadian teams – Team Canada Black, Team Canada Red, and Team Canada White. The Czech Republic, Finland, Russia, Sweden and the United States round out the eight-team tournament looking for gold.

Stotts, a 5″11, 165-pound forward from Winnipeg, Manitoba, was the 10th overall selection by the Broncos in the first round of the 2015 WHL Bantam Draft. The Broncos rookie forward has four goals in eight games with the Broncos this season, a year removed from scoring 31 goals and 58 points in 38 games with the Winnipeg Wild Midget AAA of the MMHL.

For more information on the 2016 World Under-17 Hockey Challenge, visit hockeycanada.ca

The Broncos return home on October 28th to take on the Spokane Chiefs at 7:00pm CST at the Credit Union I-Plex. To get your tickets, please call 306-773-1509, visit the Stable or purchase online at tickets.scbroncos.com.