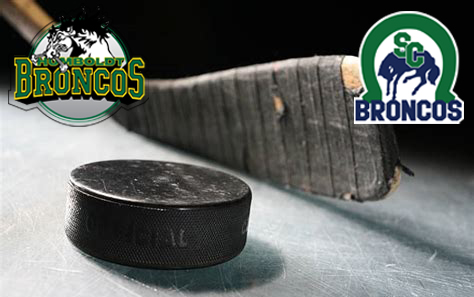 The Humboldt and Swift Current Broncos share a name, but unfortunately, also share the heart ache of tragic accidents in their respective histories.  The 1986 Swift Current Broncos were involved in a bus crash on December 30th, 1986, which claimed the lives of four young hockey players.  Tragedy struck again on April 6th, 2018 when the Humboldt Broncos bus collided with a semi-trailer.  This time, 16 lives were lost and many others were left with life altering injuries.  The members of each of these teams will be invited to attend the November 2nd hockey game along with family members.

Both Broncos teams have partnered to create a jersey that will represent the communities of Swift Current and Humboldt.  These jerseys will be worn by the Swift Current Broncos on November 2nd and will be auctioned off with 100% of the revenue going toward STARS Air Ambulance.  The Humboldt Broncos will wear the uniforms as a third jersey for the remainder of the 2018-19 season.  A generous donation by Scotia Wealth Management will cover the cost of both sets of uniforms.  The Bronco Strong jersey design will be released at a later date.

Along with STARS, other organizations that will be in attendance for the event include Hockey Gives Blood, the Saskatchewan Brain Injury Association and the FAv Foundation.  Hockey Gives Blood will be in the building to provide information to fans on blood and organ donation.  The Saskatchewan Brain Injury Association will also have an informational booth set up at the game.  The FAv Foundation will be at the Innovation Credit Union i-Plex doing a One Match Drive.  This drive will give fans an opportunity to swab their cheeks to be added to the One Match registry for stem cell donation.

Single game tickets for the 2018-19 campaign are on sale now. Purchase our seats by visiting tickets.scbroncos.com, calling 306-773-1509 ext. 1 or visit the Stable during regular box office hours.