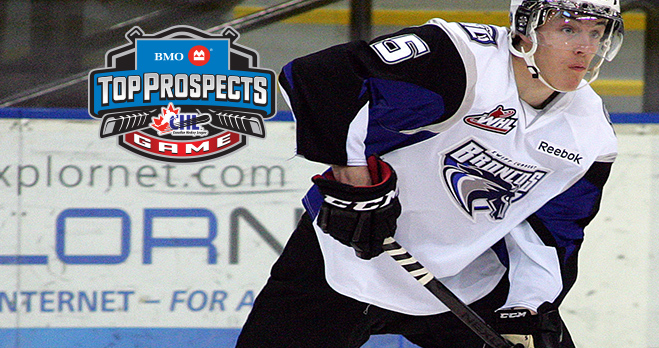 Calgary, AB – Swift Current Broncos’ defenceman Brycen Martin may never be the most noticeable player on the ice at any given moment.  But, that’s exactly how he likes it, and it’s what makes him so good.

Now, the 17-year-old from Calgary, AB, will have no choice but to take his place in the spotlight when he suits up for Team Orr at the 2014 BMO CHL / NHL Top Prospects Game on Wednesday night in his hometown.

Selected with the second overall pick in the 2011 WHL Bantam Draft, Martin has quietly gone about his business through his first two WHL campaigns.  Playing alongside the flashier, offensively gifted Julius Honka, who will also suit up for Team Orr in the Top Prospects Game, Martin has been a solid component on the blue line for a Broncos’ team that currently finds itself leading the East Division.

A steady, smart player who skates well, plays a strong game in his own end, and can move the puck up the ice quickly, Martin has more than earned his place in the BMO CHL / NHL Top Prospects lineup.  As the sixth-highest ranked defenceman in NHL Central Scouting’s mid-term rakings of North American skaters, he’ll certainly have a lot of eyes on him when he hits the ice on Wednesday night.

“Brycen is a very appealing player because you don’t often see him make mistakes out there,” said Dan Marr, director of NHL Central Scouting.  “He’s got very good hockey sense, he’s a strong skater, and he moves the puck well…he has all the ingredients of today’s NHL defenceman.

“You’re not going to see him on the highlight reels, but he’s just a very solid, effective player,” said Marr.

On getting to participate in the BMO CHL / NHL Top Prospects Game…
“It’s a pretty big deal, and I’m happy to get to be there.  I’m going to treat it like any other game, and just go out there and play the way I play.  But, I’m definitely excited to go.”

On what he expects from the game…
“It’s going to be really competitive, it’s going to be a hard-hitting, physical and fast game.  I’m lucky to have (Broncos teammate) Coda Gordon to give me pointers because he played in the game before.  We sit beside each other in the dressing room, and he was able to tell me a few things about what to expect.  I know there will be a lot of people watching, and it’s such a great opportunity to show what I can do out there.”

On going to the Prospects Game with teammate Julius Honka…
“Him and I have developed some chemistry, having played together on the power play, so if we get the chance to play together in the Prospects Game, maybe we can work some magic out there.  He’s a great player…very talented.”

On the opportunity to meet & hang out with other top prospects…
“I know most of the guys on a personal level just from Under-18 tryouts and other events, but it’s going to be nice to play against a lot of these guys.  There are some guys who I haven’t seen a lot of since minor hockey, so it’ll be nice to see them.”

On playing in his hometown of Calgary…
“Some people like to play in front of their family and friends, but I kind of like to go out and treat it like any other game.  There has been a lot of ticket requests.  I’m going to try and act like they aren’t even there so I can focus on just playing my game.  I’m going to play for myself, and not anybody else, because that’s how I play normally.” 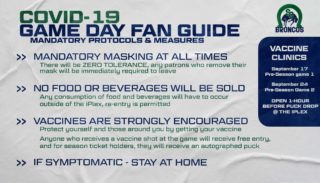 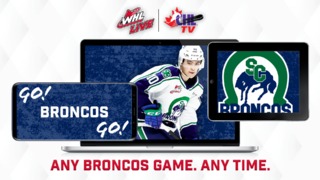