Warriors to face Broncos in first round of WHL Playoffs 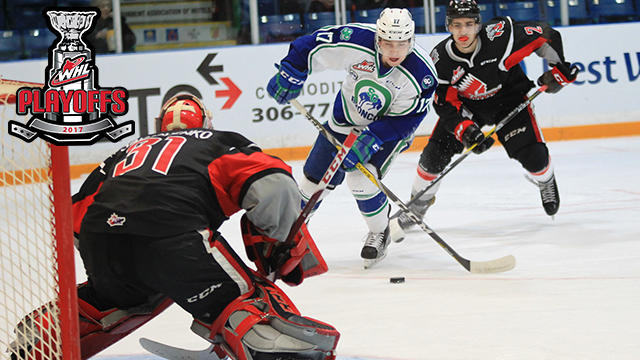 There was no doubt the Moose Jaw Warriors and Swift Current Broncos were going to go to blows in an East Division dance to open the first round of the 2017 WHL Playoffs. But until Wednesday night, home advantage had yet to be determined.

While the Moose Jaw Warriors fell to the Brandon Wheat Kings, the Broncos missed out on an opportunity to stay within striking distance of second place as they dropped a decision to the Regina Pats Wednesday night.

Broncos playoff tickets are currently on sale. Visit the Stable during box office hours or purchase tickets online at tickets.scbroncos.com.