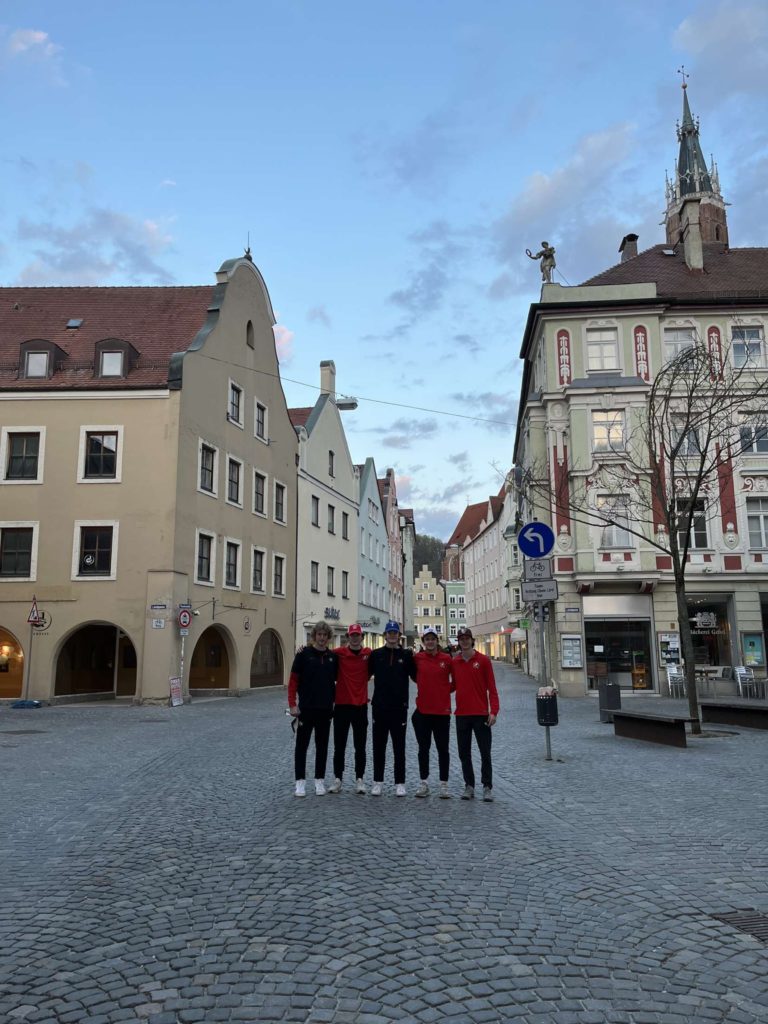 Hello Broncos fans! Reid Dyck here, checking in after a long travel day from Regina to Germany. Here’s how day one went!

The day started off with a 2:45 am wakeup call at the hotel in Regina. We got shuttled over to the airport where we checked into the flight and made it through security. Things all went smooth in Regina and it was a nice, quick flight to Toronto.

We landed in Toronto at around 9:30 am local time and were met by a Hockey Canada staff member who would look after us the rest of the day. As you can imagine, when we landed we were all pretty exhausted as a group. We were taken out for breakfast at a nice restaurant at the airport. After we ate, the Hockey Canada staff checked us into hotel rooms at the Toronto airport so we could all have a quick nap before the next flight left for Munich, Germany. 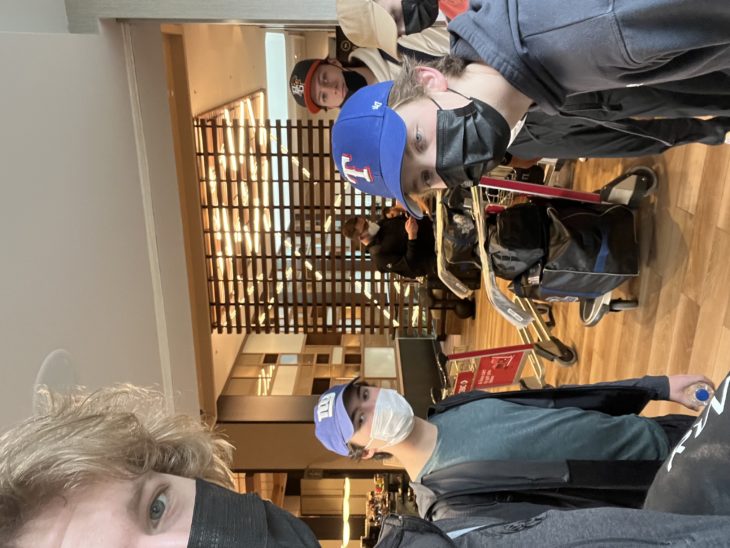 Everything went smoothly through security and we were getting ready to board. Once we were boarded the snowstorm in Toronto picked up and forced us to have a bit of a delay. The storm passed and we were heading to get de-iced when technical malfunctions occurred with the plane, causing a second delay. All the passengers stayed on board as maintenance came on to fix the issue. 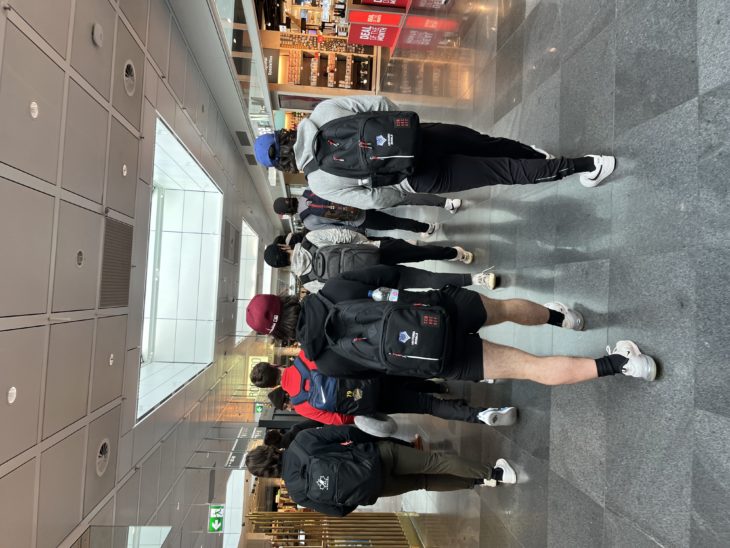 After about another hour the plane was ready to go. However, due to legalities our pilots were no longer allowed to fly the plane so now we were ready to leave but without pilots, so we had a third delay. We deplaned at around 11 pm (the flight was scheduled to leave at 6 pm). We went and got another bite to eat only to be rushed back on the plane at 11:30 pm as they found new pilots. We all re-boarded the plane and got settled when they realized they only had 2 of the 3 pilots they needed. After about another half hour the third pilot came and we were set for take-off.

The flight to Munich was long but nice as it was through the night so it was easy to sleep through the duration of the flight. We landed around 2:30 pm local time in Munich. We went to pick up our baggage but unfortunately Josh Davies, Josh Filmon and Owen Pickering and I were without our luggage. We all had our hockey equipment but our clothes did not arrive. After filing a missing baggage claim we hopped on a bus to Landshut trying to catch the end of our practice. 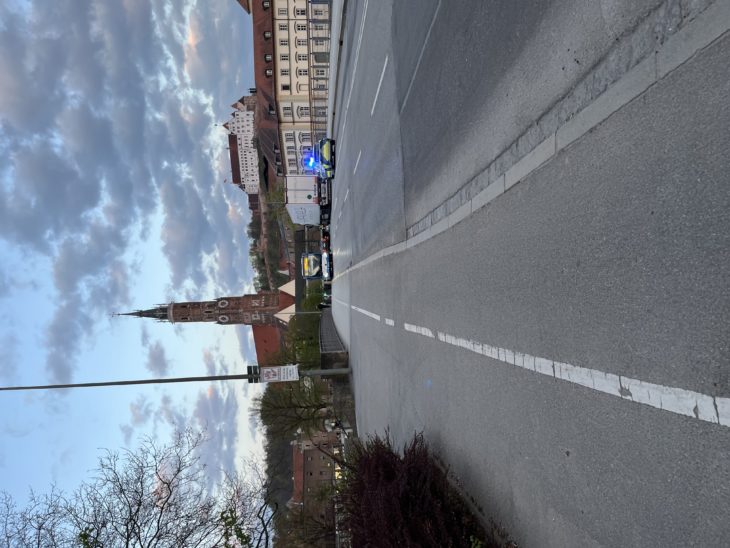 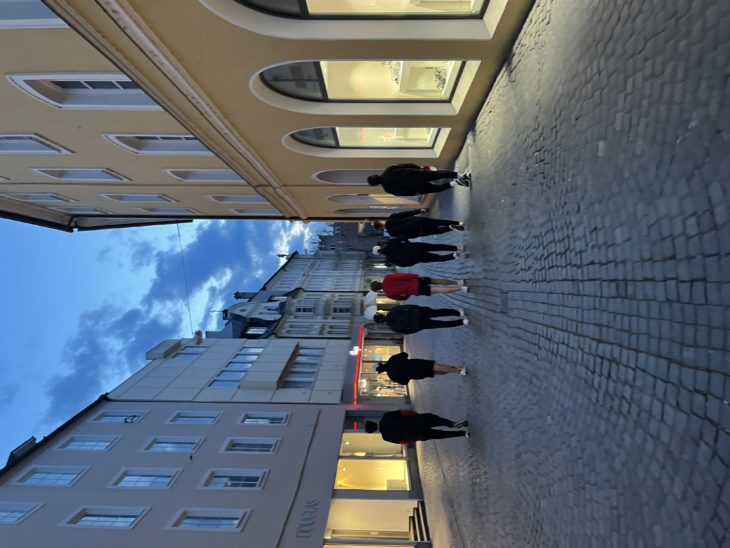 We had the ice booked until 5 pm and we arrived at the rink at 4:30 pm. We all rushed to get dressed and finished off the last 15 minutes of practice where we met the remainder of the team. After practice, we checked into the hotel and had a team meal. Following dinner we had some downtime so went for a walk to see some of the city and did some touring. We finished the day by having a team meeting and then we were off to bed.

That was day one! Thank you for your support and we’ll be checking in again! 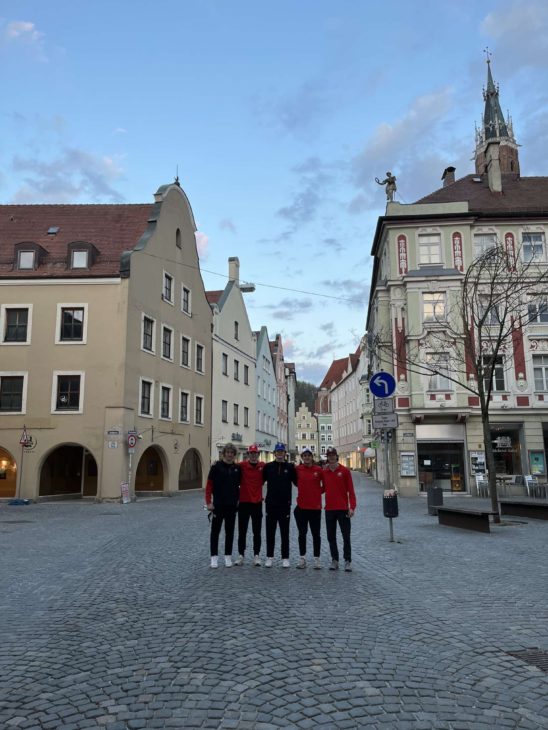