“He was a player that we wanted going way back to January. He brings so many intangibles to the team” Swift Current Broncos Head Coach Dean Brockman on 2019 1st round bantam pick Mat Ward.

The 2004 born native of Kamloops, BC has signed a WHL Standard Player agreement with the Swift Current Broncos. 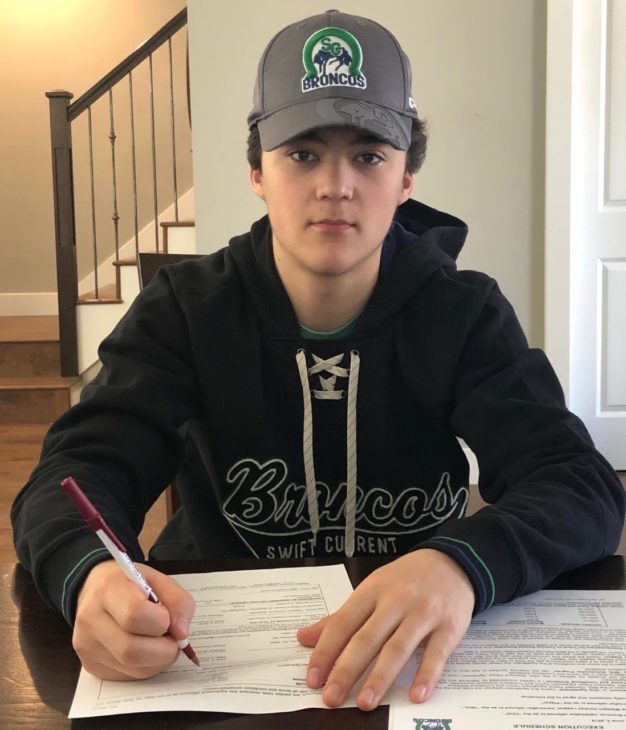 Ward was the first of two Bronco first round selections in the most recent WHL Bantam Draft going 14th overall. The skilled forward had 24 goals and 64 points in 30 games with The Delta Hockey Academy Bantam Prep squad of the CSSBHL last season.

“I like to set guys up, play as a team and make other players better” said Ward when asked to describe his game. Ward compared his style to Calgary Flames standout Johnny Gaudreau.

The Broncos now have commitments on paper from 3 of their top five picks from the 2019 WHL Bantam Draft. Ward and third round selections Josh Davies and Reid Dyck have inked WHL Standard Player Agreements in the last month.